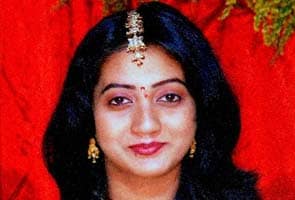 London: The Irish Medical Organisation (IMO) has rejected a motion supporting regulation of abortion where there is a real and substantial risk to the life of a pregnant woman as in the case of Indian dentist Savita Halappanavar who died as a result of miscarriage.

The motion was defeated by 42 votes to 32 at the IMO's annual conference in Killarney.

In the heated debate, doctors also voted against a motion calling for legislation to allow abortion in Ireland in cases of rape or incest.

They also voted against a motion calling on the Government to legislate for the provision of abortion for women with non-viable foetal abnormalities, according to The Irish times.

Speaking on the motion calling for regulation on abortion where there is real and substantive risk to the life of the mother, Favier said the lives of Irish women were being compromised by the failure to address the need for abortion where a woman's life was being threatened by an on-going pregnancy.

Dr Peter Quinn, a retired general practitioner from Cork, said Ireland was long known as one of the safest places in the world to have a baby and he wanted to take issue with Dr Favier on the issue of safety.

Dublin GP Dr Cyril Daly said he was reminded of German doctors during the war, who conducted tests and carried out abortion, and he asked the IMO to resist the pressure to import abortion into Ireland.

Dr Eleanor Corcoran, a consultant psychiatrist, said if the motion was passed there would be abortion on demand in no time.

Savita, hailing from Karnataka, died from blood poisoning on October 28 after doctors refused to terminate her 17-week long pregnancy, telling her that the foetal heartbeat was still present and "this is a Catholic country".

Ireland's abortion laws are the strictest in Europe.

Dr Peter O'Sullivan, a general practitioner from Dublin, said he could not remember a case where a patient wanted an abortion following a criminal act.

Dr John Keogh of Kildare said the motion brought the abortion debate to another level.

"We are now talking about, despite the traumatic and dreadful situation regarding the conception, aborting normal healthy babies".

He said conception should not be a criteria for abortion.

Dr Peadar O'Grady said that to reject the motion, doctors would be saying that they believed a 14 year-old girl who was raped and who had made an informed choice to have an abortion should be forced to carry the pregnancy through.

"It would put us as some of the most backward doctors in Europe."

On the motion regarding foetal abnormalities, Dr Favier said the current situation was that women must continue until labour even when there was no prospect of a health surviving infant.

Promoted
Listen to the latest songs, only on JioSaavn.com
"That is just cruel".