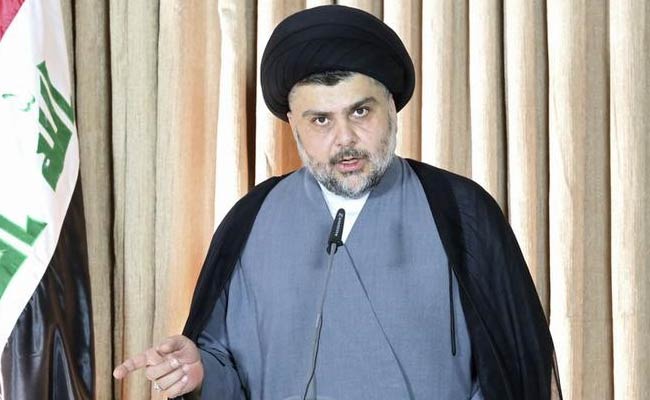 Baghdad: Iraq's powerful Shi'ite cleric Moqtada al-Sadr has condemned the kidnapping of 18 Turkish workers in Baghdad last week and said he was ready to assist the government in securing their release.

Sadr's message follows a similar statement by top Shi'ite cleric Grand Ayatollah Ali al-Sistani, who called for the Turkish hostages to be released.

The Turks, who work for a construction company owned by Nurol Holding, appeared in a video on Friday under a Shi'ite slogan, but it was not immediately clear if the kidnappers belonged to an established group.

The captors threatened to attack Turkish interests in Iraq unless Ankara met its demands, which included stopping the passage of militants from Turkey to Iraq.

Sadr's opinion holds sway over tens of thousands of followers. Fighters loyal to him once controlled swathes of Baghdad and helped defend the capital after Islamic State swept across the Syrian border in June 2014.

Other militias, especially those funded and trained by Iran, have gained prominence in the past year as a critical deterrent against Islamic State in northern and western Iraq.

"In my name and the name of all lovers of peace and Islam, I demand their release no matter the political or financial motives or other conflicts, and regardless of who the kidnapper was," Sadr said of the Turkish hostages in a message to followers posted online on Saturday.

Sadr backed an initiative launched by Prime Minister Haider al-Abadi last month to overhaul a system wracked with corruption and mismanagement. He called on supporters to demonstrate in favour of the reform measures after Sistani had pushed Abadi to take bold action.
© Thomson Reuters 2015