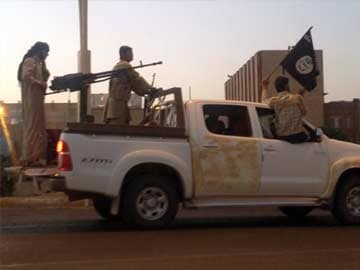 Beirut: Jihadists fighting in Syria and Iraq announced Sunday the establishment of a "caliphate", referring to the system of rule that ended nearly 100 years ago with the fall of the Ottomans.

In an audio recording distributed online, the Islamic State of Iraq and the Levant (ISIL) declared its chief Abu Bakr al-Baghdadi "the caliph" and "leader for Muslims everywhere".

"The Shura (council) of the Islamic State met and discussed this issue (of the caliphate)... The Islamic State decided to establish an Islamic caliphate and to designate a caliph for the state of the Muslims," said ISIL spokesman Abu Mohammad al-Adnani.

"The jihadist cleric Baghdadi was designated the caliph of the Muslims," said Adnani.

Baghdadi "has accepted this allegiance, and has thus become the leader for Muslims everywhere".

"The words 'Iraq' and 'the Levant' have been removed from the name of the Islamic State in official papers and documents," Adnani said, describing the caliphate as "the dream in all the Muslims' hearts" and "the hope of all jihadists".

Ever since the Prophet Mohammed's death, a caliph was designated "the prince" or emir "of the believers".

Promoted
Listen to the latest songs, only on JioSaavn.com
After the first four caliphs who succeeded Mohammed, the caliphate lived its golden age in the Omayyad empire from the year 661 to 750, and then under the Abbasids, from 750 to 1517.

It was abolished when the Ottoman empire collapsed in 1924.