Iran admitted three days later, after the crash, that that its forces mistakenly shot down the Kiev-bound Boeing 737-800 plane, after firing two missiles. 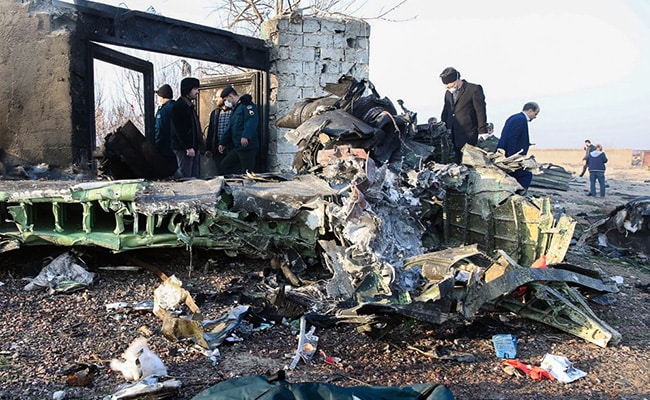 In January 2020, Ukraine International Airlines flight crashed after take off from Tehran.

Iran on Wednesday released its final report on the Ukrainian passenger jet it shot down last year killing 176 people, devoting two paragraphs to causes and absolving the armed forces.

Ukraine, which lost 11 citizens in the disaster, immediately dismissed the report as "a cynical attempt to hide (the) true causes" of the tragedy, while Canada, which lost 55 citizens and 30 permanent residents, said it is "incomplete and has no hard facts or evidence."

On January 8, 2020, Ukraine International Airlines flight PS752 crashed shortly after take off from Iran's capital Tehran killing all 176 people aboard.

In a final report released in English of over 145 pages, the Iranian Civil Aviation Organisation (CAO) devoted two paragraphs to "accident causes and contributing factors".

The first paragraph indicates what was already known, namely that Iranian forces fired "two surface-to-air missiles at the flight PS752... (that) led the aircraft to crash into the ground and explode instantly."

The second paragraph examines "other contributing factors", in which it discussed the "alertness" of troops on the ground.

"The mitigating measures and defence layers in risk management proved to be ineffective due to the occurrence of an unanticipated error in threat identifications, and ultimately failed to protect the flight safety against the threats caused by the alertness of defence forces," it read.

Tensions between Iran and the US were soaring at the time of the downing of the Ukrainian jetliner.

Iranian air defences were on high alert for a US counter-attack after Tehran fired missiles at a military base in Iraq that was used by US forces.

Those missiles were fired in response to the killing of General Qasem Soleimani, who headed the foreign operations arm of Iran's Islamic Revolutionary Guard Corps, in a US drone strike near Baghdad's international airport.

In July 2020, in a progress report, Iran's CAO said poor tuning of an anti-aircraft unit's radar was the main "human error" behind the tragedy.

The tragedy sparked strong condemnation in Iran, especially after it took three days for the armed forces to admit to having shot down the plane "by mistake".

Reacting to the publication of the final report, Ukrainian Foreign Minister Dmytro Kuleba said Tehran had ignored its suggestions.

"Ukraine has earlier sent Iran more than 90 pages of remarks and proposals to its draft final report and insisted on Iran including them into the final document," Kuleba said in a statement.

"However, what we saw published today is just a cynical attempt to hide true causes of the downing of our passenger aircraft."

"We remain deeply concerned about the lack of convincing information and evidence, despite the publication of this investigation report," they said in a joint statement, underscoring that 138 of the 176 killed in the crash had ties to Canada.

"Their families deserve answers to important questions, including on the series of events that led to these missiles being launched in the first place, and why the airspace was allowed to remain open during a period of heightened hostilities."

Ottawa will soon release the results of its own investigation into the crash.

Garneau and Alghabra said Canada would continue to seek answers and ensure Iran "takes full responsibility and makes full reparations" to the families and loved ones of the victims.

"He's Out Of Control": Donald Trump Slammed For Remarks On US Constitution