He was not expected to hold face-to-face talks with US President Donald Trump but the presence of the two men in the same place sparked hopes of a detente. 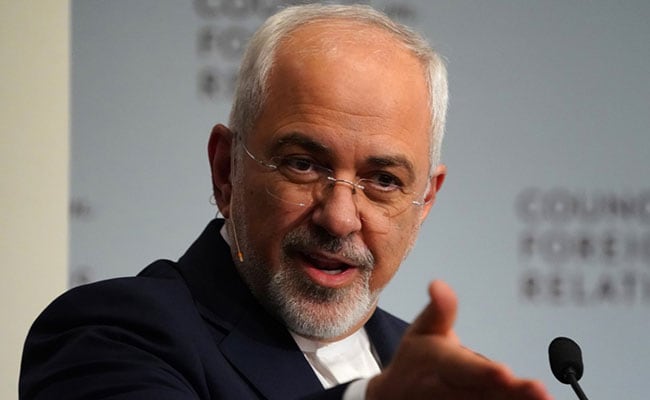 Iranian Foreign Minister Mohammad Javad Zarif flew into Biarritz in southern France for the G7 summit on Sunday in an unexpected and dramatic attempt to break a diplomatic deadlock over Tehran's disputed nuclear programme.

Zarif's presence had not been announced and represented an attempt by French host Emmanuel Macron to find a way to soothe spiralling tensions between Iran and the United States.

He was not expected to hold face-to-face talks with US President Donald Trump but the presence of the two men in the same place sparked hopes of a detente.

"Zarif... has arrived in Biarritz... to continue talks regarding the recent measures between the presidents of Iran and France," Iranian foreign ministry spokesman Abbas Mousavi tweeted, after flight tracking sites spotted that Zarif's plane had landed in Biarritz. 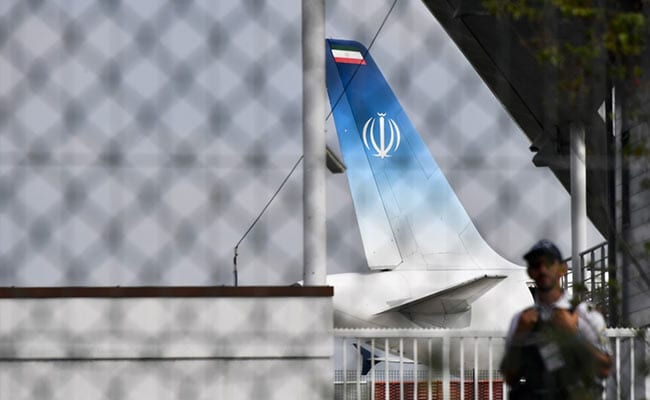 The air-plane which carried Iran's Foreign Minister Mohammad Javad Zarif stands on the tarmac at the airport of the French seaside resort of Biarritz, south-west France, during the G7 summit in Biarritz, on August 25, 2019, on the second day of the annual summit.

The French presidency confirmed his arrival but emphasised no talks were planned with the American side.

US Treasury Secretary Steven Mnuchin said that Trump had in the past said that if Iran "wants to sit down and negotiate he will not set preconditions," adding he would not make any more comments about "who's here" at the G7.

Macron held talks with Zarif in Paris on the eve of the G7 summit and has been leading efforts to bring Tehran and Washington back to the negotiating table.

Trump's policy of applying "maximum pressure" on Tehran via crippling sanctions has been criticised by European powers and is seen as raising the risk of conflict in the Middle East.

Macron has urged the US administration to offer some sort of relief to Iran, such as lifting sanctions on oil sales to China and India, or a new credit line to enable exports, French officials have said.

This is seen as a first step to get Iran back to the negotiating table, which could then lead to a new international agreement to limit its nuclear programme.

Last year, Trump unilaterally pulled the US out of a landmark deal on the nuclear programme reached between Iran, the US, European powers, Russia and China.

Despite the tensions, Trump proclaimed Sunday that the G7 summit was going "beautifully," but there was no masking over cracks between the US president and his allies on many issues.

Leaders of the G7 countries -- Britain, Canada, France, Germany, Italy, Japan and the United States -- put on a united front as they spent a second day in the high-end French surfing town of Biarritz.

Trump arrived in Biarritz fresh from having drastically upped the ante in the trade war with China.

European leaders lined up to press for caution and on Sunday Trump gave a glimmer of hope that he was reconsidering his all-or-nothing approach to the dispute between the world's two biggest economies.

Then in an extraordinary turnaround, Trump's spokeswoman Stephanie Grisham said just hours later that the president had been understood.

He did have regrets, she said, but not what everyone thought.

"He regrets not raising the tariffs higher," she explained.

At a breakfast meeting, British Prime Minister Boris Johnson became the latest of the G7 partners to urge Trump to step back from a trade war that critics fear could tip the world economy into recession.

"Just to register a faint, sheep-like note of our view on the trade war -- we are in favour of trade peace on the whole," Johnson told Trump.

The meeting with Johnson, who is sometimes compared to a British version of the populist, nationalist Trump, underlined the White House's dislike for the powerful European Union.

Trump has repeatedly threatened the EU with trade wars and right before his departure from Washington he warned that he would slap wine import tariffs on France if Macron does not retreat on a tax against US tech giants.

The jovial breakfast with Johnson, who is trying to steer the Brexit process taking Britain out of the EU, emphasized that budding new alliance.

Predicting that Johnson would manage to untangle the mess of Brexit, Trump described in typically undiplomatic terms the EU as "an anchor around their ankle."

The 73-year-old US leader then promised Johnson a "very big trade deal, bigger than we've ever had."

The Basque resort of Biarritz, which at this time of year usually teems with surfers and sunbathers, has been turned into a fortress for the G7 event with over 13,000 police on duty.

An anti-capitalism demonstration in nearby Bayonne turned ugly Saturday night when the crowd of several hundred tried to get through police barricades and was repelled with water cannon and tear gas.

The leaders will not catch a glimpse of the discontent, with demonstrators forced to gather miles away from Biarritz itself.

But they have enough discord of their own to deal with: in a break with G7 tradition, no joint statement is planned for the end of the talks.

(Except for the headline, this story has not been edited by NDTV staff and is published from a syndicated feed.)
Comments
IranG7 Summit 2019Emmanuel Macron