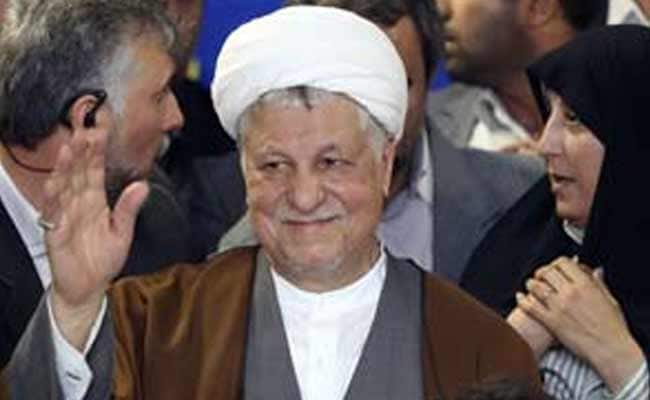 The 45-year-old was also ordered to pay undisclosed fines and financial penalties, and was barred from holding public office. He lost an appeal.

The trial was held behind closed doors and details of the evidence and specific crimes has not been released.

He was sentenced to two terms of 10 years in prison and one of five years, and in line with Iranian law will serve the longest of the three sentences.

Iranian media said he had arrived at Evin Prison in Tehran where he read a statement to reporters demanding that recordings of his trial be released.

Hashemi said he saw "political purposes as the main element" of the case against him.

He said his conviction was "neither fair nor legal" but he hoped "to protect and defend the integrity of my honourable and oppressed father".

"I demand once again that state television broadcast my court hearings fully," he said.

"I firmly believe that this measure will prevent abuses by radicals from harming one of the important pillars of the Islamic republic," he added, in an apparent reference to the judiciary.

The 80-year-old remains influential in Iranian politics despite suffering setbacks in recent years. He is now considered a moderate close to the reformist camp.

Rafsanjani was barred from standing in the 2013 presidential election but threw his support behind moderate cleric Hassan Rouhani, who eventually won.

Threatened with arrest, Hashemi left for Britain. He returned home in September 2012 but was later detained for questioning and held in custody for three months before being released on bail.

Hashemi had an earlier brush with the judiciary in the 2000s when his name emerged in cases involving Norway's Statoil and French oil giant Total.

The oil companies were suspected of having paid bribes to secure access to Iranian hydrocarbon reserves, at a time when Hashemi was a senior official in the oil industry.