Into Zika's Heart: The Ugandan Forest Where Virus Was Found 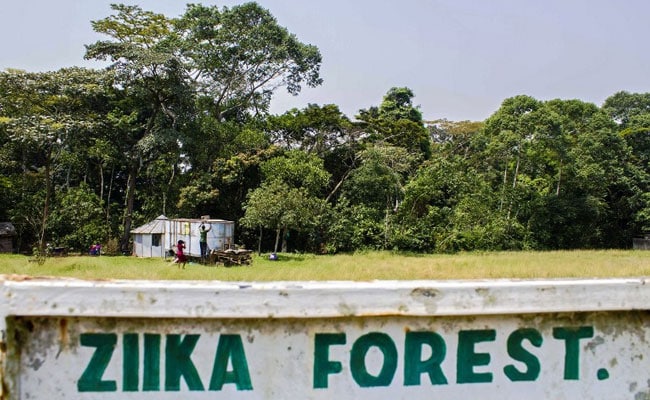 A picture shows a sign post leading to the Ziika forest in Uganda near Entebbe. (AFP Photo)

Zika, Uganda: Down winding paths through dense jungles, Gerald Mukisa kicks up the dry leaves noisily with his feet to provide warning sounds, noting that the late afternoon heat is "snake time".

The forest is calm. Only the sound of insects, birdsong and the rustle of monkeys in the jungle canopy above disturb the air.

It was here in the thick woodland of Zika forest, some 25 kilometres (15 miles) from Uganda's capital Kampala, that the mosquito-borne Zika virus was first discovered in 1947.

The virus, linked to a surge in birth defects, is "spreading explosively", World Health Organization chief Margaret Chan said this week. An emergency meeting on the outbreak is due on February 1.

Mukisa, who has worked to guard the forest for the past seven years, only found out about the virus that takes its name two weeks ago.

"A few people who live nearby the forest and have heard about it are getting worried," he said. "Many others don't know about it." Days ago, the tropical Zika forest was a little-known reserve visited only by bird watchers and scientists.

"Students come every week, coming from all over the world," said Mukisa, 50, proudly showing off a guest book with signatures and comments from the US, Canada, France and Germany, among other countries. "There are so many types of trees, and all sorts of birds."

Most local cases of the virus were mild, resulting in rash, fever, and red eyes in a small fraction of cases. Global health authorities barely took notice until an outbreak on the Micronesian island of Yap in 2007.

An outbreak that began last year in Brazil has been blamed for a surge in birth defects with thousands of babies born with small heads, an incurable and sometimes fatal condition known as microcephaly.

Uganda's health ministry is keen to point out it has no known cases of the virus, and that the current Americas' outbreak did not originate in East Africa.

"We have not recorded a case in Uganda in several years and we don't have such an outbreak," the ministry said in a statement.

"As a country, our disease and epidemic response systems are strong as evidenced in the way we have handled past viral hemorrhagic fever outbreaks."

Uganda has suffered outbreaks of Ebola in the past, as well as a mysterious illness known as "nodding disease".

Today the forest, close to the main highway from Uganda's international airport at Entebbe to the nearby capital Kampala, remains a research site for the Uganda Virus Research Institue (UVRI), an environmental health and protection agency founded in 1936, which is headquarted some 15 kilometres (nine miles) away. 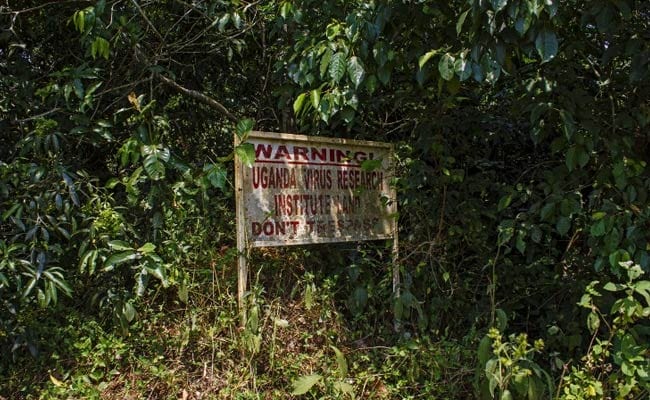 The Zika virus was first discovered in April 1947 after testing a macaque monkey in Ziika forest, Uganda by the scientists of the Yellow Fever Research Institute. (AFP)

Ruth Mirembe, 24, who lives beside the forest, learnt about the virus on Facebook. "I'm not worried," she said.

Also spelt Ziika, the 12 hectare (30 acre) site with over 60 different types of mosquito, means "overgrown" in the local language, Luganda.

UVRI notes proudly the "most prominent visitor" to Zika  was the former US President Jimmy Carter "who came on a bird watching tour".

The details of the virus' discovery, written up in a 1952 paper by Britain's Royal Society of Tropical Medicine and Hygiene, described the "forested area called Zika", where scientists were researching yellow fever among small rhesus macaque monkeys.

"This area of forest consists of a narrow, dense belt of high but broken canopy growth with clumps of large trees," the 1952 paper read.

"It lies along the edge of a long arm of Lake Victoria from which it is separated by a papyrus swamp."

Top UVRI scientist Julius Lutwama, 56, described how caged monkeys had been placed at different heights, with a 36 metre (120 foot) steel tower allowing researchers to carry out studies in the canopy of the thick trees.

"Blood samples would be taken from these monkeys to try to diagnose yellow fever, but actually that is how this disease was found," he said.

There is no vaccine against Zika, which top US health authorities described on Thursday as a "brand new" virus that has expanded swiftly in recent years and been linked to brain damage in babies.

"What has happened in South America is that it has changed a little bit... and through these changes it has become more aggressive towards humans," Lutwama said. "This small change has resulted in it posing deep problems in the human population."

But Lutwama, like Uganda's health ministry, say he is not concerned and it poses little threat to Uganda, where people have always lived with it.

"Zika virus has always been a mild infection. Out of say five or 10 people who are infected, only one or two may actually show some fever that is noticeable," Lutwama added.

"Probably the other thing for us is that we have so many other viruses in the same group, so they confer some kind of immunity towards each other."