Interpol warns of possible Al-Qaida attacks on US, European targets 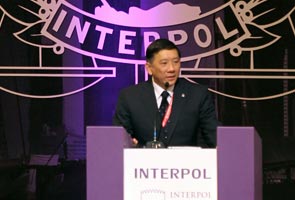 Lyon: Interpol said it had received information from its office in Baghdad about possible Al-Qaida attacks on US and European targets.

"We received information yesterday from the Interpol office in Baghdad about possible threats, especially in the US and Europe, due to orders given to Al-Qaida cells by Al-Qaida commanders," the global police agency said.

All 188 countries which are members of the agency have been informed of the possible threats, said a spokeswoman at Interpol's headquarters in the French city of Lyon.

Europe has been on high alert for several weeks over heightened fears of terrorist attacks in the run-up to the busy Christmas period.

The Al-Qaida-linked website Shumukh al-Islam named the bomber as Taymour Abdelwahab, reportedly born in Iraq, who became a Swedish citizen in 1992 but was radicalised while attending a university in Britain.

He was carrying a cocktail of explosives and is believed to have detonated one charge prematurely on what officials said appeared to be a mission to kill as many people as possible on Stockholm's busiest pedestrian thoroughfare.

Western security officials have warned that Al-Qaida may be planning attacks in Europe similar to those that struck the Indian city of Mumbai in 2008.

The United States issued on October 3 a travel alert for its citizens travelling in Europe, citing the risk of potential terrorist attacks on transportation systems and
tourist attractions.

Similar alerts were issued by Japan, Sweden, Britain and France.

A plot to blow up cargo planes was uncovered in late October after booby-trapped parcels were found at airports in Dubai and Britain.

US President Barack Obama said that surging troops into Afghanistan had made "significant progress" in curbing the Taliban and stifling Al-Qaida, but warned more time was needed.

Obama said Al-Qaida "is hunkered down" finding it harder to recruit, train and plot attacks.

But he warned: "It will take time to ultimately defeat Al-Qaida and it remains a ruthless and resilient enemy bent on attacking our country."
Promoted
Listen to the latest songs, only on JioSaavn.com