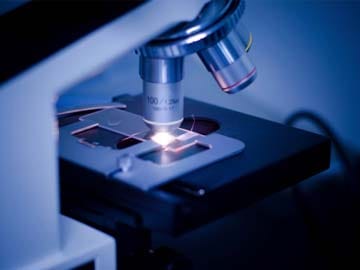 New York: An Indian-American scientist, Manu Prakash, from Stanford University has developed an incredibly low-cost microscope made almost entirely out of paper.

The microscope, known as The Foldscope because of its design, comes in three parts- a slip of paper which acts as the slide on which the specimen is kept, a slide for the ball-shaped lens, and a piece that contains an LED light, to help illuminate the subject being examined.

The Foldscope can be shipped in a flat configuration and assembled in minutes.Dr Prakash, assistant professor, physicist, and bio-engineer at Stanford University, and his team at the university hope that the microscope's size and reasonable cost will make it widely used in areas where such technology is not readily available.

"We have a very simple goal that every single kid in the world should grow up with a microscope," Mr Prakash was quoted saying in The Stanford Daily.

"We should all be carrying microscopes in our pocket all the time," added Mr Prakash

Mr Prakash, who was born in Meerut in a middle-class family, earned a B-Tech degree from the Indian Institute of Technology (IIT), Kanpur, in computer science and engineering in 2002.

Promoted
Listen to the latest songs, only on JioSaavn.com
He did his PhD in 2008 from the Massachusetts Institute of Technology (MIT) and has had three scientific studies published by peer-reviewed journals since 2007.