Born to an Indian father and an Armenian mother, Sara Gideon, the current speaker to the Maine House of Representatives, lost to Republican heavyweight Senator Susan Collins. 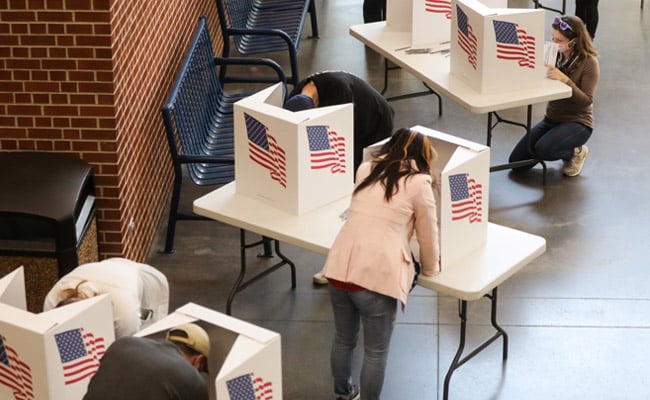 Kamala Harris from California is the first Indian-origin Senator to be elected to the US Senate. (File)

Indian origin candidates Rikin Mehta and Sara Gideon have lost their US Senate race from New Jersey and Maine respectively, according to projections made by US media on Tuesday night.

Born to an Indian father and an Armenian mother, Ms Gideon, the current speaker to the Maine House of Representatives, lost to Republican heavyweight Senator Susan Collins.

Ms Collins received 4,09,974 votes as against the 3,39,364 bagged by Ms Gideon. This was the fifth consecutive victory for Ms Collins. In her remarks, she publicly thanked Ms Gideon for "a very gracious call", conceding the race.

Ms Gideon's father immigrated from India and worked as a paediatrician in Rhode Island, where Ms Gideon, the youngest of four children, grew up. She moved to Maine after meeting her husband Ben, a personal injury trial lawyer with the lawfirm, Berman & Simons.

"While this election may be over, we have to work together to build a better future, one where everyone has access to healthcare they can afford, where we tackle our climate crisis head-on and where we restore our economy by prioritising the hard-working people in our communities," Ms Gideon said in her remarks.

"I am proud of the campaign we ran and regardless of the result, together we built a movement that will help us make progress for years to come," she said.

Republican Rick Mehta lost the election to Democratic incumbent Cory Booker. Booker received 60.4 per cent of the votes counted as against Mr Mehta's 38 per cent.

Kamala Harris from California is the first Indian-origin Senator to be elected to the US Senate.

A former US Food and Drug Administration official, Mehta was the first Indian American to have won the GOP Senate primary in New Jersey. A biotech entrepreneur, innovator, healthcare policy expert and a licensed pharmacist and attorney, Mehta got his BS in pharmacy from the Rutgers University and his Pharm.D from the University of Arkansas for Medical Sciences.