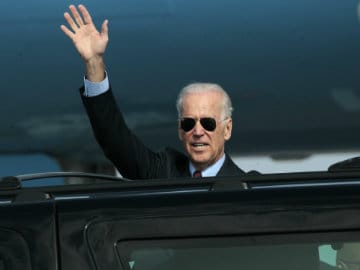 Washington: Back in 2006, Joe Biden, then a Senate candidate ran into trouble for a remark that "you cannot go to a 7-Eleven or a Dunkin' Donuts unless you have a slight Indian accent."

Gaffe-prone Biden got away by explaining that it wasn't a racial slur but "was meant as a compliment" for the "vibrant Indian-American community" making "a significant contribution to the national economy as well."

A spin or not, Biden who went on become vice president in 2008, was speaking a home truth as according to the Asian-American Convenience Store Owners Association its 50,000 members own over 80,000 convenience stores.

That's more than half the US convenience store count of 151,282 as of Dec 31, 2013. These small retail businesses provide the public a convenient location to buy daily necessities (predominantly food and gasoline) and services. There is one convenience store for an average of every 2,100 residents all over the US with non-fuel sales of $205 billion, according to National Association of Convenience Stores.

Then there are what have come to be known as Potels or motels owned by Patels from India's Gujarat state in practically every single small town of America.

The Asian American Hotel Owners Association (AAHOA) is currently headed by Pratik Patel. It claims its 12,500 members, largely Indian-American, own more than 20,000 properties making up more than 40 percent of all hotels in the US.


They employ nearly 600,000 workers, accounting for over $9.4 billion in payroll annually.

But this very ubiquitous presence of Indian-owned convenience store often makes them the target of attacks as it happened in Ferguson, a small pre-dominantly black town in Missouri which erupted into violent protests after a White policeman shot dead an unarmed black teenager on Aug 9.

Police released a controversial hazy surveillance video implying that the slain teen Michael Brown had robbed a Patel-run convenience store in the days or hours before the incident, but later acknowledged that the alleged robbery had nothing to do with the shooting incident.

The Ferguson Market, where Brown allegedly grabbed a handful of cigars before his deadly encounter with police, looters twice targeted the store owned by a Patel family along with several other Asian-American owned stores, according to the Daily Beast.

At least eight stores were looted in nearby Dellwood too with Pakistani American Mumtaz Lalani's Dellwood Market among those ransacked and almost burnt down by dozens of looters, according to South Asian Times.

Jay Kanzler, the Patels' lawyer, told the Beast he believed that law enforcement authorities allowed the looting of Ferguson Market in part because it is a minority-owned small business.

However, local Asian-American business owners cited by the Beast said they don't think looters targeted them because of their race.

Robberies appear to be an occupational hazard for those running a convenience store.

According to the non-profit research think tank Center for Problem-Oriented Policing (POP Center), convenience store robberies account for approximately 6 percent of all robberies known to the police.

Convenience store employees suffer from high rates of workplace homicide, second only to taxicab drivers, it says citing FBI data. Victims include Indian students taking up overnight jobs at gas stations to pay for their studies.

Just a couple of days before Brown was killed, Rajinder Kumar, 49, an Indian-American convenience store clerk at an Exxon gas station in Hanover, Maryland, was shot in cold blood by a masked man.

Promoted
Listen to the latest songs, only on JioSaavn.com
Meanwhile, as hundreds rallied Saturday in Ferguson for slain Michael Brown with a pledge to continue national discourse about police tactics and race many of the businesses' windows remain boarded up, though most have reopened, according to local media reports.

But while "Ferguson has held in relief issues related to systemic racism in America... the plight of Asian American store owners is left out of the conversations between the white and black America," as the ethnic South Asia Times put it.