While government agencies were working round-the-clock in relief efforts, the Indian community also rallied together to pitch in with whatever help they could during Hurricane Harvey 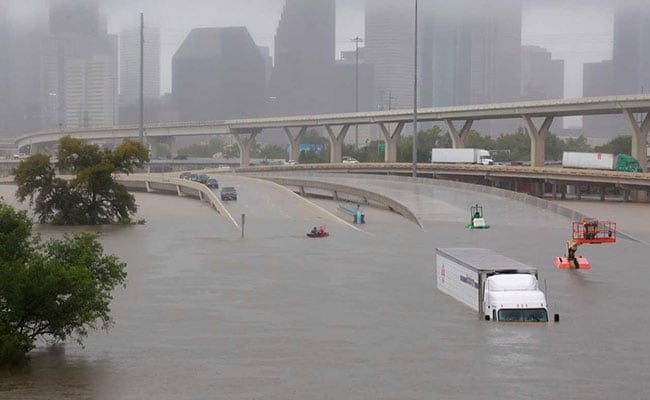 Houston: Many Indian-Americans living in safer Texas neighbourhoods are helping Houstonians still stuck by Hurricane Harvey by opening their homes and distributing fresh food, medical and essential items. The entire neighbourhoods of the fourth-largest city in the US and the most populous in Texas have been flooded, leaving residents homeless and hapless.

While government agencies were working round-the-clock in relief efforts, the Indian community also rallied together to pitch in with whatever help they could in terms of food, shelter and rescue operations.

"I have organised 1,500 meals from the Dawoodi Bohra Masjid to be delivered to the needy and dispatched 100 volunteers," Abeezar Tyebji, a resident said.

The Indo-American Chamber of Greater Houston and local restaurant Madras Pavilion have been sending over 500 meals to the convention centre where the evacuees are housed.

More such stories poured in from all quarters, highlighting the efforts by the community and over 100 volunteers working to help those in distress.

Preeti Kankikarla, a young professional, was living with her 65-year-old mother in a ground floor apartment. As the water level rose dangerously, she called the SEWA International Houston hotline and volunteers reached her home and helped them move to a first-floor apartment.

Many Indian business organisations and places of worship have also opened their doors to shelter those who have been displaced. Indian restaurants and families have been providing packets of fresh food.

Achalesh Amar, an active member of the community, described Houston as a ghost town, where many volunteers are working till 3 am, monitoring requests, assessing the situation and coordinating assistance.

Promoted
Listen to the latest songs, only on JioSaavn.com
"A system for pre-registration for volunteers has been set up for clean-up work after the water levels subsides," SEWA International Houston Chapter's President Gitesh Desai said.

Volunteers of BAPS Charities also prepared and distributed food to some 120 students of the University of Houston and also to locals. According to them, they will be preparing food in the coming days too.