"What people don't realise is that the threat of violence is not just against Democrats or progressives. It's actually against Republicans," Ro Khanna said. 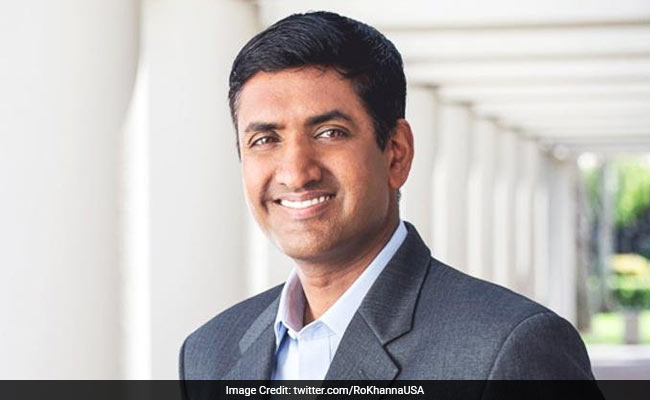 On the eve of the impeachment vote, Ro Khanna said Republicans are in a tough spot right.

US lawmakers who voted for the certification of the November 3 presidential election to confirm the victory of Joe Biden as the next president are facing violent threats, including death threats, Indian-American Congressman Ro Khanna has said.

Mr Khanna, in an interview to CNN News on Tuesday, said the threats were being received by Congressmen from both the Democratic and the Republican parties.

"What people don't realise is that the threat of violence is not just against Democrats or progressives. It's actually against Republicans. I have talked to some of my colleagues -- I don't want to say who -- but they have had death threats," Mr Khanna told CNN anchor Brooke Baldwin.

"People who have voted for certification, they are facing the threats of violence. So, this is a terrible situation for many people who are serving, and it crosses party lines," the Democratic leader from California said.

A Joint Session of the US Congress on January 6 formally certified the Electoral College victory of Biden as the next US President and Kamala Harris as the Vice President in the November 3 election.

The Electoral College votes were approved after both the Senate and the House of Representatives rejected objections raised by the Republicans to the votes in the states of Pennsylvania and Arizona.

Biden, a Democrat, received 306 votes while Trump, a Republican, got 232. To win the race for the White House, a candidate should garner at least 270 Electoral College votes out of the 538 up for grabs.

Responding to a question on Tuesday, Khanna said the argument of President Donald Trump that the impeachment move is causing tremendous damage to the country does not hold logic.

"It says if someone commits a crime, robs a bank, and then says, well, the person to blame is the police for arresting them or the prosecution for holding them accountable," he said.

The US House of Representatives is all set to vote on articles of impeachment against President Trump on Wednesday.

Trump has been charged with ''incitement of insurrection'' for his actions on January 6 when he delivered a speech inciting his supporters to lay siege to the Capitol, an action that temporarily halted the counting of Electoral College votes and resulted in the deaths of five individuals, including an officer of the US Capitol Police.

"What we need is accountability for the act, and then we do need to figure out how we start to stitch this country together. And, Brooke, it's not going to be easy, because the reality is, there is still a large base of Donald Trump supporters in these constituencies who believe him," Mr Khanna added.

"We have to be candid about that, that this country is divided. And the question is, how are we going to have a peaceful transition of power and then convince a chunk of that base that it's time to heal this country?" he said.

On the eve of the impeachment vote, Mr Khanna said Republicans are in a tough spot right.

"They're facing enormous pressure. And I think many of them are grappling with their conscience, and then what some of the base and constituency is demanding," he said.