The woman says she was abused by the man on an overnight Spirit Airlines flight from Las Vegas to Detroit. 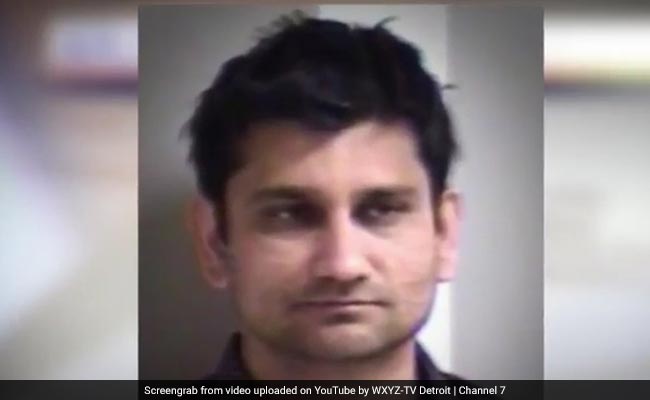 Federal authorities in Michigan arrested a 34-year-old man after a woman said that he sexually assaulted her on an overnight flight when she fell asleep next to him.

The man, Prabhu Ramamoorthy, who prosecutors said was an Indian national living in the United States on a temporary visa, was charged with aggravated sexual abuse and held without bail after an appearance in federal court in Michigan on Thursday.

Ramamoorthy is accused of abusing a 22-year-old sitting in a window seat next to him on a Spirit Airlines flight from Las Vegas which landed in Detroit early on Jan. 3, even as his wife was by his side.

The victim told investigators that she woke up to find her pants and shirt unbuttoned and the man's hand inside her pants.

Federal prosecutor Amanda Jawad said that Ramamoorthy sat between his wife and the victim. He stopped after the victim woke up, and the woman went to the back of the plane to report the incident to a flight attendant, the criminal complaint said.

Two flight attendants told federal investigators that the victim was crying and that her shirt was untied and that her pants were unbuttoned when she had reported the alleged attack at about 5:30 a.m., 40 minutes before the plane's landing, Jawad said. The attendants kept the woman in the back of the plane and offered her a different seat, and while they were talking to the victim, Ramamoorthy's wife came to the back of the plane to see what was going on, Jawad said.

Ramamoorthy was arrested after the plane landed, according to court documents.

He told agents in a written statement that he had taken a pill and fallen into a deep sleep, Jawad said, and that he hadn't done anything besides learning from his wife that the 22-year-old woman was sleeping on his knees.

Both Ramamoorthy and his wife gave lengthier statements later indicating that the pill Ramamoorthy had taken was "plain Tylenol."
Ramamoorthy gave "conflicting reports," about what happened with the victim, Jawad said.

Magistrate Judge Steven Whalen, who said it was a "very unusual case," ordered Ramamoorthy to be held pending trial after Jawad successfully argued that he was a flight risk and a potential danger to others around him. The prosecutor said that Ramamoorthy's wife, who was also living in the United States on a temporary visa, would not make a suitable custodian for him.

"It seems that she's either colluding with the defendant to cover up his actions or she's completely oblivious to what he did," Jawad argued. "What makes this offense particularly egregious and the defendant even more of a danger to the community is the fact that it took place on an airplane. He was brazen enough to do this basically in public, next to his wife where anyone could have seen him."

Ramamoorthy's lawyer, Richard O'Neill, had offered to turn over his client's passport. He said Ramamoorthy had worked as a project manager at a technology group for about two and a half years.

"There's been no allegations from anywhere that his behavior has ever been inappropriate prior to this incident," O'Neill said. "I have a hard time with some of these allegations but that's what a trial is for."
O'Neill did not return a request for comment on Thursday.

Stephen Schuler, a spokesman for Spirit, said that it was cooperating with law enforcement on the incident.

Sexual harassment and abuse on airplanes is a largely unreported but prevalent issue for passengers, according to a report by the Seattle Times. According to a survey done by the Association of Flight Attendants union that the report cited, one out of five attendants said they had dealt with complaints of sexual assault made by passengers. The police were contacted less than half the time, the survey found.

Promoted
Listen to the latest songs, only on JioSaavn.com
The number of federal investigations into sexual assault aboard airlines has been increasing slowly, up to more than 60 in 2017 as of early December, from 57 in 2016 and 40 the year before.