According to a recent report from the Brookings Institution, Nigeria overtook India in May to become the country with the world's highest number of people living in extreme poverty, which is defined as living on less than $1.90 a day. 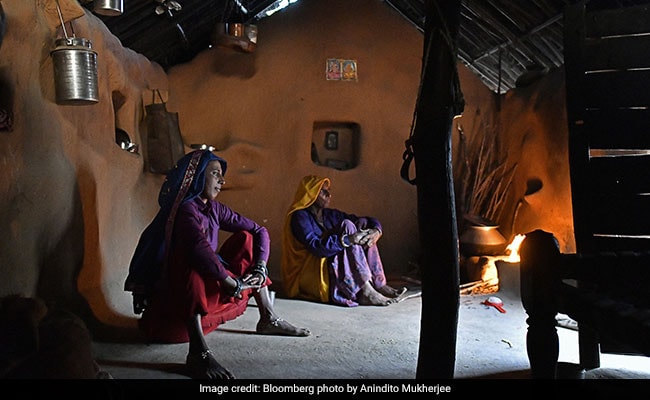 For decades, India remained stubbornly in the top spot, a reflection of its huge population

It is a distinction that no country wants: the place with the most people living in extreme poverty.

For decades, India remained stubbornly in the top spot, a reflection of its huge population and its enduring struggle against poverty.

Now new estimates indicate that Nigeria has knocked India out of that position, part of a profound shift taking place in the geography of the world's poorest people.

According to a recent report from the Brookings Institution, Nigeria overtook India in May to become the country with the world's highest number of people living in extreme poverty, which is defined as living on less than $1.90 a day. The threshold captures those who struggle to obtain even basic necessities such as food, shelter and clothing, and takes into account differences in purchasing power between countries.

The Brookings report was based on estimates generated by the World Poverty Clock, a model created to track progress against poverty in real time. As of Monday, its figures showed that India had 70.6 million people living in extreme poverty, while Nigeria had 87 million.

What's more, the gap is widening: The number of people living in extreme poverty in India is falling while the opposite is true in Nigeria, where the population is growing faster than its economy. Extreme poverty rises in Nigeria by six people each minute, according to calculations by the World Poverty Clock. Meanwhile, the number of extreme poor in India drops by 44 people a minute.

"It's a good news story for India, coupled with some caveats, and it's a real wake-up call for the African continent," said Homi Kharas, director of the global economy and development program at the Brookings Institution.

Extreme poverty is increasingly an African phenomenon, the Brookings report noted. Africans make up about two-thirds of the world's extreme poor, it said. By 2030, that figure could rise to nine-tenths if current trends continue.

Africa's central place in the battle against poverty comes amid dramatic progress worldwide. Since 1990, the number of people living in extreme poverty has fallen more than 60 percent, according to the World Bank. Much of the reduction has come in Asia, first in places such as China, Indonesia and Vietnam, and more recently in India, which appears to have made striking achievements in recent years.

In a post on Monday, World Poverty Clock researchers raised the tantalizing prospect that by 2021, fewer than 3 percent of India's population will live in extreme poverty, a benchmark viewed by some development economists as "a watershed moment."

For many in India, such talk is sure to provoke sharp debate. Tens of millions of people remain destitute and thousands of farmers commit suicide each year. Nearly 40 percent of Indian children under 5 are short for their age, a sign of chronic undernutrition.

"The claims that India is on the verge of winning the battle against extreme poverty sit uneasily with the current concerns about job creation or rural distress," said an editorial last week in Mint, a financial newspaper in India.

Part of the disconnect may be the result of how poverty is defined. The extreme poverty threshold is an absolute measure used for international comparison. Last year, however, the World Bank added another benchmark that aims to capture a sense of relative poverty. For "lower middle income" countries like India, it set the line at people who live on $3.20 day. By that measure, a third of Indians are poor, economist Surjit Bhalla estimated in a recent article.

More clarity could be only months away. In June, the Indian government completed a national survey which is conducted once every five years and provides the best available data on poverty. In the past, the results have been released anywhere from several months to a year after finishing the survey. Bhalla, an economist who also serves as a part-time adviser to the Indian government, believes that the country's own data could show it made even more progress reducing poverty than the estimates produced by Brookings and the World Poverty Clock.

(Except for the headline, this story has not been edited by NDTV staff and is published from a syndicated feed.)
Comments
World Poverty ClockBrookings ReportIndia Poverty