Reports suggested that on Sunday, Babar Awan was questioned by the anti-graft body for three hours over allegedly delaying the Nandipur Project. 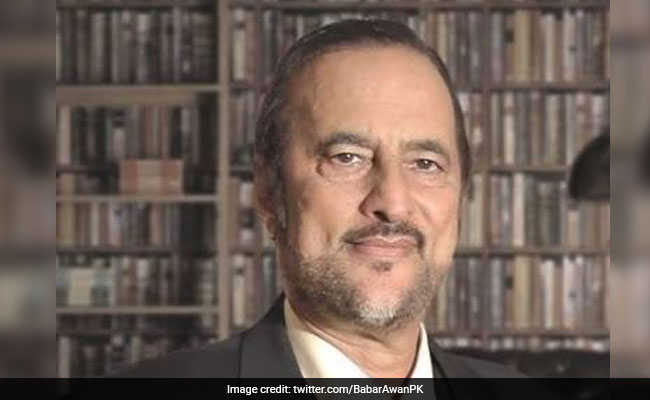 Babar Awan, while stepping down, said the rule of law of must start from himself.

Adviser to Pakistan Prime Minister on parliamentary affairs Babar Awan resigned today after the anti-graft agency registered a corruption case against him, in the first jolt to the Imran Khan-led government.

Babar Awan, while stepping down, said the rule of law of must start from himself. He said he has forwarded his resignation to the prime minister.

"Just reached PM House to tender my resignation from Ministry of Parliamentary Affairs. Rule of Law begins with me. Thank you, Insafians for standing by me always. I will never let you down," Babar Awan wrote in a tweet.

The resignation of the close aide of Mr Khan came hours after the National Accountability Bureau (NAB) filed a corruption case against Babar Awan regarding a delay in Nandipur Project in the Accountability Courts in Islamabad.

Geo News reported on Sunday that Babar Awan was questioned by the anti-graft body for three hours over allegedly delaying the Nandipur Project.

Quoting sources, the report said that a team of the NAB's Rawalpindi chapter, led by Deputy Director Asma Chaudhry, questioned the 60-year-old Senator from Punjab province for keeping the project's file "away" for months, leading to a loss worth billions of rupees to the national exchequer.

The delay was caused during the tenure of Pakistan Peoples Party-led government in the centre from 2008 to 2013, with Babar Awan then serving as minister for law and justice, Geo News reported.

The former federal minister for water and power Raja Pervaiz Ashraf, along with other officers of the ministry, also faces a corruption case for delay in the same project, the report said.

The corruption cases were filed after a commission, constituted on the direction of the Supreme Court, held officers of the Ministry of Law and Justice responsible for the delay, it said.

Mr Khan, who was sworn-in as prime minister last month, has vowed to root out corruption and cut down government expenditure to overcome the serious financial difficulties faced by Pakistan.