In China's Legislature, the Rich Are More Than Represented 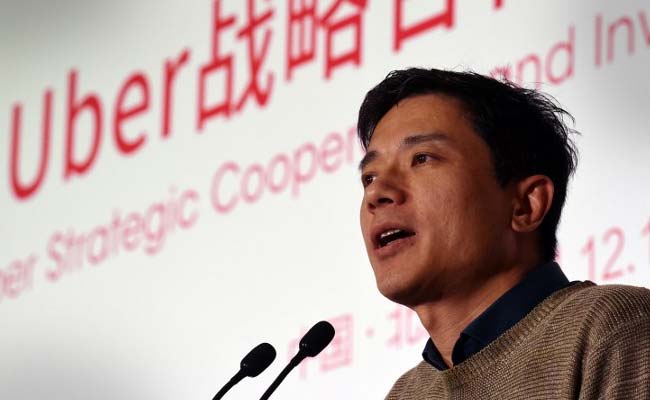 Baidu Chairman and CEO Robin Li speaks at a ceremony at the Baidu headquarters in Beijing on December 17, 2014. (Agence France-Presse)

Lawmakers in much of the world are often accused of being in the pockets of billionaires. But there is a difference in China. Here, the lawmakers are the billionaires.

Among the 1,271 richest Chinese people tracked by the Shanghai-based Hurun Report, a record 203, or more than 1 in 7, are delegates to the nation's current Parliament or its advisory body, which will convene for their yearly joint session this week in Beijing. According to figures released by the Hurun Report on Monday, those delegates' combined net worth is $463.8 billion, more than the annual economic output of Austria.

US lawmakers are poor by comparison. According to figures provided by the Center for Responsive Politics, a Washington-based group that tracks money in American politics, the richest person in any of the US government's three branches, Rep. Darrell Issa, R-Calif., would rank as only the 166th richest member at the meeting of China's National People's Congress and the Chinese People's Political Consultative Congress, which opens on Wednesday.

Eighteen delegates have a net worth greater than the wealth of all 535 members of the US Congress, the nine members of the Supreme Court and President Barack Obama's Cabinet.

As with any cross-country comparison, there are differences. A few of the delegates to the Chinese parliamentary session are sons or spouses of family patriarchs. The Hurun Report list also often combines family wealth, while US disclosures count the wealth of the officeholder and his or her spouse.

Still, while the National People's Congress is a rubber stamp for the ruling Communist Party, lacking the power of the US Congress or the British Parliament, the concentration of wealth in its ranks reflects the growing influence of the rich in Chinese politics.

That is no accident. Starting more than a decade ago, the Communist Party, founded to empower workers and peasants and smash the capitalist class, began to welcome the wealthy as members in order to broaden its appeal and buttress its authority.

"The Communist Party of China today is about doing whatever it takes to strengthen its capacity to stay in power," Steve Tsang, a professor of contemporary Chinese studies at the University of Nottingham in England, said in an email. "The lack of institutional checks and balances allows politics and money to come together on a scale that is not imaginable in a capitalist country like the USA or a social-democratic country like the UK."

A seat on one of the two bodies is highly sought after not because the positions themselves are powerful, but because being a delegate provides access to the highest echelons of the party and the government and is a clear sign to potential business partners and rivals of political clout, allowing members to make even more money.

Membership in either body also provides wealthy Chinese with some protection from actions by the government that could hurt their business - something that wealthy Americans can achieve by hiring lobbyists, lawyers and public relations consultants - said Victor Shih, a professor at the University of California, San Diego, who studies the confluence of finance and politics in China.

Because the two bodies have "many positions where businesspeople can legitimately obtain such protection, the wealthy business elite use their influence to obtain positions in these bodies," Shih said.
Among the delegates who will convene at the Great Hall of the People this week are some of the most famous names in corporate China, including Pony Ma, chief executive of Tencent Holdings, and Robin Li, chief executive of the Google rival Baidu Inc. The Hurun list also includes some Hong Kong tycoons who are members, among them Victor Li, the son of Li Ka-shing, the chairman of Cheung Kong Holdings. Hong Kong, part of China since 1997, sends delegates to Beijing every March for the meeting.

In all, 106 members of the people's congress and 97 members of the consultative congress are on the Hurun China Rich List. Founded in 1999, Hurun also publishes magazines about China's wealthy and organizes publicity events with luxury brands.

Promoted
Listen to the latest songs, only on JioSaavn.com
In all likelihood, the gulf is probably even greater. While members of Congress in America are required to disclose their assets, with exceptions for their primary residences and federal retirement accounts, members of the "two sessions" are not. Hurun obtained the net worth of the richest Chinese people from publicly available sources such as annual reports by listed companies. But other delegates could also be billionaires, with assets hidden in sources that are not publicly available. Hurun estimates that for every billionaire on its list, there is one more whose wealth is still a secret.

One obvious source of hidden wealth: China's residential real estate market, worth more than $30 trillion. The owners of China's homes are swathed in secrecy, but corruption investigations regularly expose officials who own dozens of villas and apartments. The Hurun calculation excludes most Chinese property holdings.
© 2015, The New York Times News Service