In California Horse Country, Trump Voters Stand By Their Man

On a recent visit, it seemed there were almost as many Donald Trump supporters as there were horses. 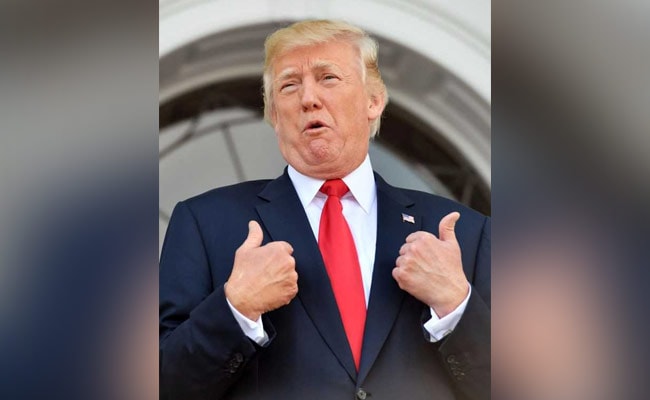 Unites States: In Norco, a California desert town an hour inland from Los Angeles, the joke is that there are as many horses as there are residents.

And on a recent visit, it seemed there were almost as many Donald Trump supporters as there were horses.

This community where riding trails are used as sidewalks, and rodeo events and revolver juggling are favorite pastimes, is one of the most Republican in the deeply Democratic state.

And almost all Norco residents are standing by their candidate, even as he faces a storm of bipartisan criticism over his response to a violent white supremacist rally.

"Look at all the jobs he's bringing, he's working on tax reform," said Skip Fischer, a 62-year-old contractor as he left the Saddle Sore Saloon, a Wild West-themed restaurant and bar. "I like his aggressiveness, people don't walk on him, that's what America needed."

"I think he's gonna be the one that changes the world," said a young housewife who would not give her name.

Seven months after the wealthy businessman was sworn into office, Trump has seen his popularity plunge to 36 percent, according to a recent Washington Post-ABC News poll. And yet 61 percent of Trump supporters said they could not see the president doing anything that would make them disapprove of him, according to a Monmouth University poll.

Everyone interviewed by AFP in Norco applauded his reaction to the recent deadly violence in Charlottesville, Virginia, where several hundred neo-Nazis, white supremacists and other far-right extremists had gathered for a rally. They clashed with counter-demonstrators and a young woman was killed by a neo-Nazi sympathizer who rammed his car into a crowd.

Trump has come under fire from Republicans and Democrats alike after he drew an equivalency between the far-right demonstrators and the counter-protesters, saying there were "very fine people on both sides."

"I think his reaction was absolutely correct," Fischer said. "President Obama would come up and without any facts he'd say these guys were wrong, the police was wrong. President Trump waits until he has the facts."

Lana James, 70, who was running errands with her granddaughter, said the reaction to Trump's comments has been too extreme.

"He certainly did mean to condemn the supremacists and he did," she said. "When you have two groups that are so radical, either to the left or to the right, there are hateful people and extreme on both sides."

For him and all the Norco residents who spoke with AFP, public statues of Confederate leaders -- who fought to preserve slavery during the US Civil War from 1861 to 1865 -- should remain standing.

"I had members of my family fighting on both sides during the Civil War, taking down symbols of the country is wrong, it's part of history," Birdwell said.

He's not alone -- nearly two out of three Americans feel Confederate statues should remain in place.

Many in Norco are quick to echo Trump's own words on the topic, after he rhetorically questioned whether statues of early American presidents would have to come down too, since several were slave owners.

"You had your presidents that had slaves, George Washington, Thomas Jefferson, what are you gonna do? Get rid of their statues just because some people got their feelings hurt that this was in the past?" Fischer said.

Some African Americans say "we're still affected by slavery. Well, no, you're not. You're free now, you can do whatever you want," he added.

"Sometimes you have to be more aggressive instead of passive like Obama was, otherwise people take advantage of you," Fischer said.

Fellow Trump fan Buzz Riebschlager said he'd like to see more achievements in tax reform and in repealing Obamacare, the health care reforms that Republican lawmakers have been pledging to tear up for years.

But on immigration, he's on the same page as the president.

"If you don't live here, you shouldn't get a job. I'm not being racist," he said.

Promoted
Listen to the latest songs, only on JioSaavn.com
"This is America, it's 2017, everybody's welcome here. The problem is when they come here and start doing bad things."