In Brussels Bid to Lure Back Tourists, Cats Are The Secret Weapon 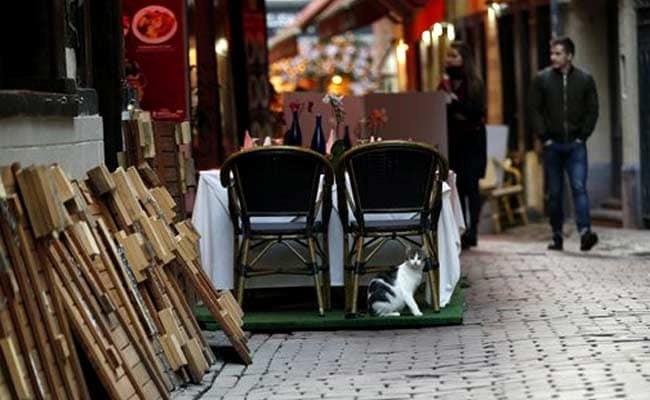 BRUSSELS: After a five-day lockdown prompted by the maximum security alert, Brussels officials are attempting to entice back tourists who may have been scared away by images of soldiers armed with machine guns in the capital's deserted streets. Their secret weapon? Cats.

Brussels shut down its subways and schools while the government asked people to stay away from public places because they might be targeted by extremists in a Paris-style attack. With the lowering of the threat level on Thursday, tourism officials are optimistic that people will return to the Belgian capital, especially with the official opening of the Christmas market on Friday.

Cats became an unofficial mascot of the Brussels lockdown when residents flooded social media with hundreds of kitty pictures this week, after a plea from police not to share information about ongoing raids. Instead of posting updates on where police operations were happening, users tweeted images of cats, including with their paws up, disguised as police snipers and even wearing a bowler hat, the trademark of Rene Magritte, Belgium's greatest surrealist painter.

The police tweeted a picture of a bowl of cat food to thank people for their help and tourism officials are now using images of cats at famous Brussels landmarks in a light-hearted attempt to lure tourists. 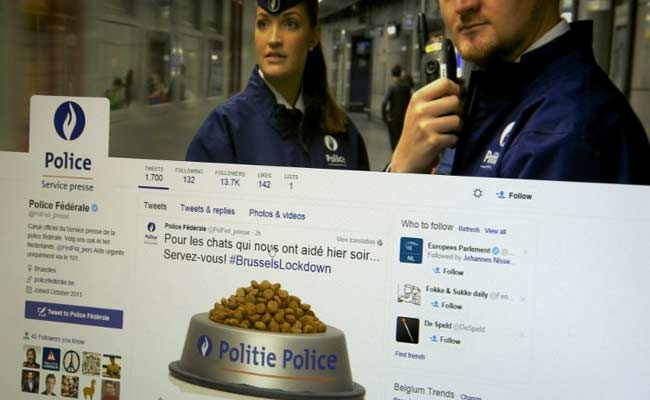 At Brussels' Atomium, a nine-sphere structure of an iron crystal that is one of the city's biggest draws, there has only been a trickle of tourists in the last week. Spokeswoman Inge Van Eycken said there was no precedent for closing the attraction due to terrorism fears and said they are relying on some kitty power, among other measures, to bring visitors back.

"We think some cats will help," she said. Van Eycken said Atomium officials are using an altered image of the 1958 World's Fair structure that replaces the nine distinctive metallic spheres with cat heads, though she stressed they have no plans to import real kitties to the attraction.

Hotel bookings reportedly fell by around 20 percent after the security alert was declared. Belgian broadcaster VRT estimated Saturday that the lockdown cost the national economy 52 million euros ($55 million) per day.

Syrian tourist Douri Zaharwi said he was a little apprehensive about coming to Brussels after seeing the heightened security measures but ultimately decided to come.

"I was very sad and shocked," he said, admitting he had second thoughts about his visit. "This country doesn't deserve something like this."

Patrick Bontick, head of Brussels' tourism office, said he hoped tourists would be reassured that authorities had taken all necessary measures to protect the city. He said hotels reported a 20 percent drop in bookings this week and agreed with Van Eycken that cats might be the solution.

"Even in a bad situation, we can also have some humor in Brussels," he said. "We're a surrealistic country," he said, adding he hoped the cats would provide a "friendly" image of the city.

"We have faced four really difficult days, but now it's over," he said. "Life has begun again."