Most are Iraqis or Syrians, followed by Tunisians, Moroccans and Saudis, but there are also Europeans and even Americans. 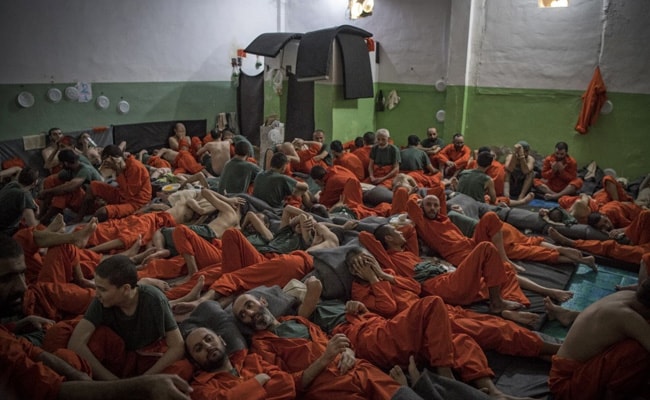 Men, suspected of being affiliated with ISIS, in a prison cell in Hasakeh, Syria. (AFP)

Just months ago, the most hardcore among them were still bent on defending the last sliver of the ISIS group's "caliphate" in Baghouz, Syria.

Today, they're crammed together: 5,000 presumed terrorists in an overcrowded Kurdish prison in the country's northeast.

Most are Iraqis or Syrians, followed by Tunisians, Moroccans and Saudis, but there are also Europeans and even Americans. 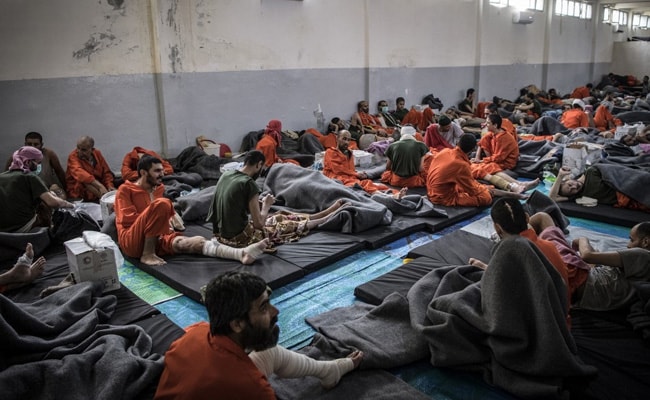 ISIS fighters were accused of carrying out beheadings, mass executions, rapes, abductions and ethnic cleansing in territory they held across swaths of Iraq and Syria.

In Iraq, ISIS seized the historic home of the Yazidi minority in Sinjar region, forcing children to become soldiers and using thousands of women as sex slaves.

Today, some 12,000 alleged ISIS terrorists, including at least 2,500 non-Iraqi foreigners of more than 50 different nationalities, are held in prisons guarded by Syrian Kurdish forces.

In the jail in Hasakeh, none of them have heard that Trump on Sunday announced the death of ISIS leader, Abu Bakr al-Baghdadi, in a US operation in northwest Syria. 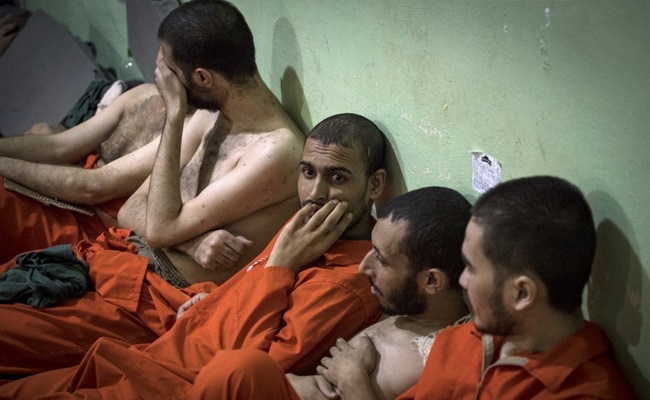 "They have absolutely no contact with the outside world," said the prison governor, who gave his name as Serhat.

"They only see the sun when they are transferred to the infirmary," he said.

The medical clinic has space for about 300 wounded and amputees. But in total, 1,500 prisoners -- nearly a third of the inmates -- are injured or ill, according to Serhat.

One cell, set aside for minors, houses dozens of boys, some barely adolescent. ISIS propaganda called these children "cubs of the caliphate".

A Turkish incursion against Kurdish forces in northern Syria has sparked fears in western capitals that terrorists could stage jailbreaks.

A US official said that more than 100 prisoners have escaped since the start of Ankara's operation on October 9. 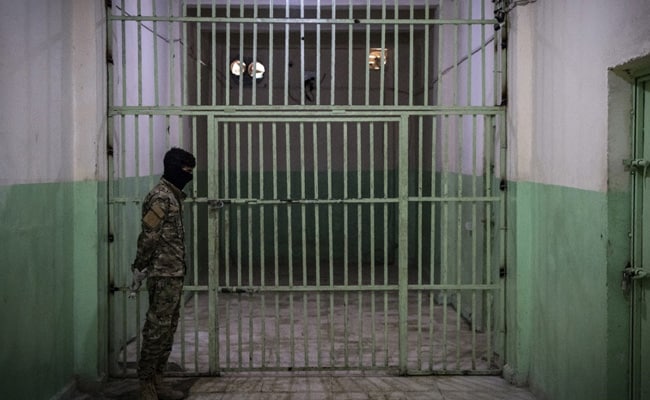 A member of the Syrian Democratic Forces (SDF) stands guard in a prison. (AFP)

US President Donald Trump has repeatedly called on Europeans to repatriate their citizens.

One of the last holdouts from Baghouz, Bassem Abdel Azim, a 42-year-old Dutch-Egyptian, was wounded in the leg during an air strike.

The father of five said he had "only one wish": to see his wife one more time, "to tell her I'm sorry I took them in a country at war".

"They can hang me after that," he said.