Pakistan needs 8 billion dollars to bail itself out from a severe balance-of-payments crisis. 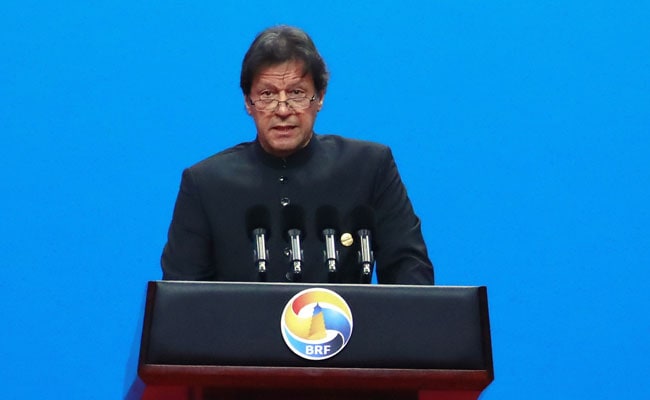 After the meeting, Ms Lagard tweeted that she was glad to meet Imran Khan (PTI)

Pakistan is seeking $ 8 billion from the International Monetary Fund (IMF) to bail itself out from a severe balance-of-payments crisis that threatens to cripple the country's economy.

After the meeting, Ms Lagard tweeted that she was glad to meet Imran Khan in a meeting where a comprehensive policy package was discussed to alleviate Pakistan's economy.

"We discussed prospects for a comprehensive policy package and international financial support to help stabilize the economy of Pakistan, and also the need to strengthen governance and protect the poor," she said.

An IMF team is scheduled to arrive in Islamabad later this month for a round of talks, Geo News reported.

The newly-appointed head of Pakistan's finance ministry has vowed to speed up talks with the IMF as Islamabad seeks a crucial bailout deal.

Meanwhile, the World Bank on Friday pledged to further strengthen cooperation with Pakistan, in a meeting between Prime Minister Khan and the global lender's top official.

Georgieva assured of further strengthening cooperation with Pakistan in the areas of disbursements programme lending and guaranteed provision for raising external funds, Dawn News quoted a press release issued by the Pakistani embassy in Beijing, as saying.

Prime Minister Khan informed her about the recent steps taken by his government to improve Pakistan's economic and fiscal situation.

He also apprised the official about the socioeconomic measures taken by the government to lift the people out of poverty.

He appreciated the role played by the World Bank in regional connectivity, poverty alleviation, financial management, infrastructure projects and ease of doing business.