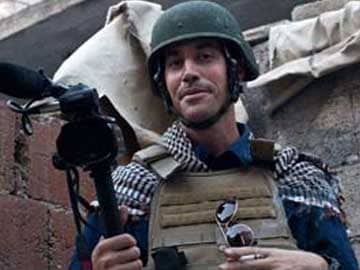 Washington: Twitter on Wednesday removed from its service photos and video of the beheading of a US journalist that had been posted online by jihadists.

The gruesome, almost five-minute-long video titled "A Message to America" surfaced Tuesday, confronting Twitter and other online platforms with a quandry over whether to allow their sites, normally committed to free expression, to be used to propagate graphic material like that in the video.

The video shows the execution of journalist James Foley by a masked militant and a warning that the group intends to kill a second captive journalist unless the United States halts air strikes in Iraq.

"We have been and are actively suspending accounts as we discover them related to this graphic imagery. Thank you," Twitter CEO Dick Costolo posted.

Images of the beheading in an open desert area began disappearing from Twitter at around the same time as Costolo's message was posted.

YouTube also removed the video from its site in accordance with its policy against "violent or gory content that's primarily intended to be shocking, sensational or disrespectful."

On Tuesday, Twitter had said it would take down photos of dead individuals if requested by family, going a step beyond its previous rules.

"Immediate family members and other authorized individuals may request the removal of images or video of deceased individuals, from when critical injury occurs to the moments before or after death," it said.
Comments
James FoleyIslamic StateIraqTwitter