No other European country has had more than 50 percent women lawmakers, with Sweden coming closest at 47 percent, according to data compiled by the World Bank. 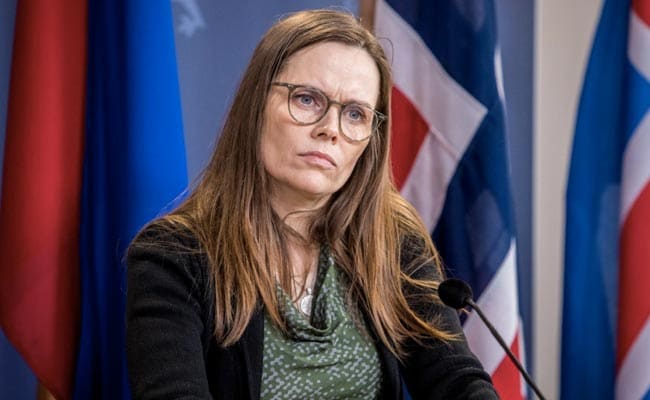 Iceland on Sunday became the first country in Europe to have more women than men in parliament, a day after a general election that saw the left-right coalition win a clear majority.

Of the 63 seats in the Althing parliament, 33 were won by women, or 52 percent, projections based on the final results showed on Sunday.

No other European country has had more than 50 percent women lawmakers, with Sweden coming closest at 47 percent, according to data compiled by the World Bank.

Around the world, five other countries currently have parliaments where women hold at least half the seats, according to the Inter-Parliamentary Union: Rwanda (61 percent), Cuba (53 percent), Nicaragua (51 percent) and Mexico and the United Arab Emirates (50 percent).

Unlike some other countries, Iceland does not have legal quotas on female representation in parliament, though some parties do require a minimum number of candidates be women.

The Nordic country has long been a pioneer in gender equality and women's rights, and has topped the World Economic Forum's ranking of most egalitarian countries for the past 12 years.

Iceland was the first country to elect a woman as president in 1980.

"I am 85, I've waited all my life for women to be in a majority... I am really happy," Erdna, a Reykjavik resident, told AFP.

While Prime Minister Katrin Jakobsdottir's left-right coalition won a majority in Saturday's vote, it remained to be seen whether the three parties would continue to govern together.

The coalition has brought Iceland four years of stability after a decade of political crises, but Jakobsdottir's Left-Green Movement emerged weakened after losing ground to its right-wing partners, which both posted strong showings.

The Left-Green Movement, the conservative Independence Party and the centre-right Progressive Party together won 37 of 63 seats in parliament, up from the 33 they held before the vote.

But the Left-Green Movement itself won only eight seats, three fewer than in 2017, raising questions about Jakobsdottir's future as prime minister.

The largest party remained the Independence Party, whose leader Bjarni Benediktsson -- the current finance minister and a former prime minister -- has been eyeing Jakobsdottir's job.

It won almost a quarter of votes and hung on to its 16 seats.

But the election's big winner was the centre-right Progressive Party, which gained five seats, to 13.

After four years of concessions on all sides to keep the peace within the coalition, it is conceivable that the two right-wing parties may want to try to form a government without the Left Greens.

Speaking to private broadcaster Stod 2 on Sunday, Jakobsdottir refused to be drawn on the coalition's future discussions, saying only that her government had received "remarkable" support in the election.

Benediktsson told Stod 2 it was "normal for parties that have worked together for four years and had good personal relations" to try to continue together, but told public broadcaster RUV he wasn't certain they would succeed.

He also wouldn't necessarily push for the post of prime minister, he said.

The unusual coalition mixing left and right came about after the 2017 elections, in a bid to bring stability to the nation after years of political upheaval.

Deep public distrust of politicians amid repeated scandals sent Icelanders to the polls five times from 2007 to 2017.

Broadly popular during her four-year term, Jakobsdottir has introduced a progressive income tax system, increased the social housing budget and extended parental leave for both parents.