The rate of ice loss in the region is a crucial indicator for the world's climate and a closely-watched metric by bordering nations jostling for resources and trade routes. 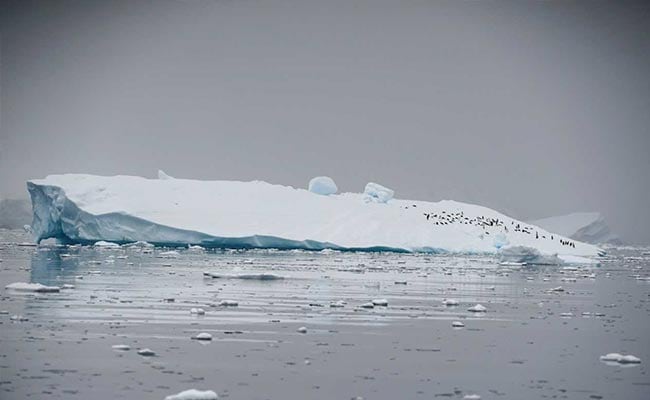 Ice covering the Arctic Ocean reached the second-lowest level recorded for this time of year after July temperatures spiked in areas around the North Pole.

The rate of ice loss in the region is a crucial indicator for the world's climate and a closely-watched metric by bordering nations jostling for resources and trade routes. This month's melt is tracking close to the record set in July 2012, the Colorado-based National Snow & Ice Data Center said in a statement.

This year's heatwave in the Arctic Circle has led to record temperatures in areas of Alaska, Canada and Greenland, extending long-term trends of more ice disappearing. Ice flows are melting faster than average rates observed over the last three decades, losing an additional 20,000 square kilometers (12,427 miles) of cover per day -- an area about the size of Wales.

Ice begins melting in the Arctic as spring approaches in the northern hemisphere, and then it usually starts building again toward the end of September as the days grow shorter and cooler. The U.K.'s Met Office said that the chance of a record low by September "is higher than it has been in the previous few years."

This summer, several dramatic images showing the pace and extent of Arctic ice melt have been seen around the world underlining the harsh reality of global warming and the struggle governments face in trying to slow it down. Globally, June was the hottest year on record, according to the European Union's Copernicus Climate Change Service.

The satellite service said that an "unprecedented" number of wild fires are currently raging in the Arctic Circle with over 100 burning in the last few weeks in the Sakha Republic of Siberia and Alaska.

(Except for the headline, this story has not been edited by NDTV staff and is published from a syndicated feed.)
Comments
Arctic CircleArctic Ice MeltArctic Ocean