'I Shook His Hand': French Salesman on Run-In with Massacre Suspect 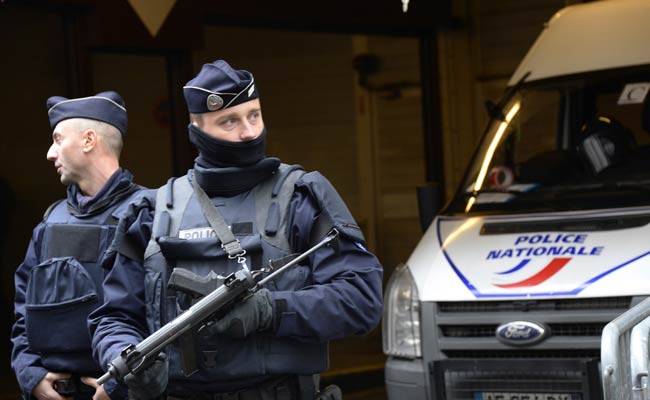 Paris: For Didier the salesman, a humdrum meeting with a client at a printing business outside of Paris on Friday turned into a run-in with France's most wanted men as he "shook hands" with one of the magazine massacre suspects.

The salesman told France Info radio how he came face-to-face with one of the suspects holed up in the small CTD office in Dammartin-en-Goele, about half-an-hour north of the capital.

"When I arrived my client came out with an armed man who said he was from the police. My client told me to leave so I left," Didier said, identifying the man he was to meet with as Michel.

"I was in front of the door. I shook Michel's hand and I shook the hand of one of the terrorists."
He said the black-clad man who was wearing a bullet-proof vest and carrying what looked like a Kalashnikov rifle told him: "'Leave, we don't kill civilians anyhow'. That really struck me, so I decided to call the police. I guess it was one of the terrorists."

Didier said Michel had closed the door behind him.

The salesman told the radio station he had not recognised the man.

"It could have been a policeman if he hadn't told me 'we don't kill civilians'. They were heavily armed like elite police."

French police sources have confirmed to AFP that one person is being held hostage inside the business, as the small industrial town was inundated with anti-terrorism police who have cornered the suspects after a 48-hour manhunt.

Sharpshooters took up positions on roofs and helicopters hovered as police tried to flush out the men believed to have mown down 12 people in an attack on the satirical weekly Charlie Hebdo on Wednesday.

Promoted
Listen to the latest songs, only on JioSaavn.com
"I didn't know it was a hostage situation, or a robbery. I just knew something wasn't quite right," said Didier.

"I think I am going to go and see my colleagues and play the lottery because I was very lucky this morning."