Human Heart Left On Board, US Airplane Makes U-Turn

The plane was over eastern Idaho when staff discovered the "life critical cargo shipment," meant for delivery back in a Seattle hospital after being transported from California. 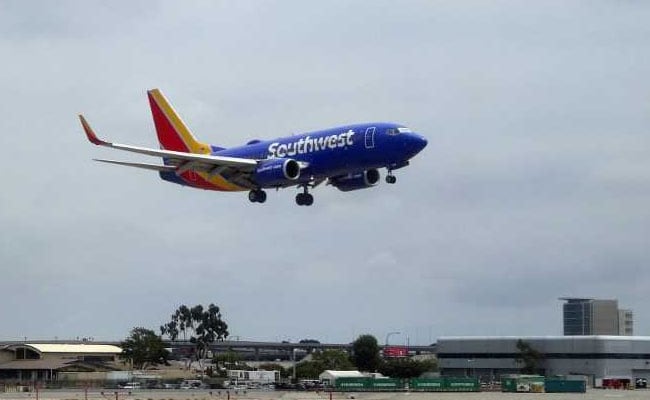 The Southwest Airlines flight was over eastern Idaho when staff discovered the shipment. (AFP)

A Southwest Airlines flight headed from Seattle to Dallas was turned back mid-flight after it was discovered that a human heart had been left on board, officials said Thursday.

The plane was over eastern Idaho -- around 600 miles (950 kilometers) into the journey -- when staff discovered the "life critical cargo shipment," meant for delivery back in a Seattle hospital after being transported from California.

"Once we realized the error we immediately worked to return to Seattle," airline spokesman Dan Landson told AFP.

The airline didn't provide the name of the company that shipped the organ, or confirm any further details.

But the Seattle Times reported that the flight's captain told horrified passengers the cargo was a human heart.

The error is thought to have squandered four hours -- three hours in the air -- and experts say a human heart can typically be stored for between four and six hours for a transplant.

Andrew Gottschalk, a doctor with no connection to the incident, described fellow passengers' shock as those with internet connections discovered the small window of viability for a heart transplant.

He told the Times the incident was a "horrific story of gross negligence." The newspaper was unable to locate the hospital where the heart was being sent.