Darryn Frost, a civil servant originally from South Africa, spoke out for the first time about the attack by Usman Khan on London Bridge on November 29. 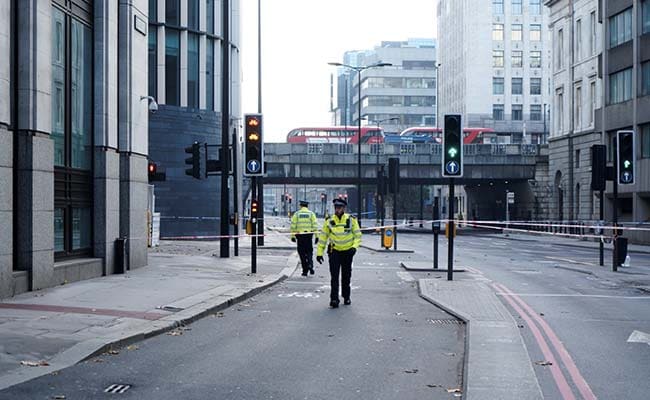 A man who used a narwhal tusk to tackle a knife-wielding attacker in London last month described on Saturday his "deep hurt" at not being able to save the two people killed.

Darryn Frost, a civil servant originally from South Africa, spoke out for the first time about the attack by Usman Khan on London Bridge on November 29.

The 38-year-old and another member of the public armed with a fire extinguisher were hailed as heroes after confronting Khan as he went on a stabbing rampage.

But two were killed in the attack -- Saskia Jones, 23, and Jack Merritt, 25, who were working on a meeting on prisoner rehabilitation that Khan attended.

"In reading about their lives and work I am convinced they represent all that is good in the world, and I will always feel the deep hurt of not being able to save them," Frost said.

Frost, who works for the Ministry of Justice in the communications department, was attending the rehabilitation meeting in Fishmongers' Hall when he heard a commotion downstairs.

"I took a narwhal tusk from the wall and used it to defend myself and others from the attacker," he told the PA news agency.

"Another man was holding the attacker at bay with a wooden chair. I ran down the stairs, stood next to the man with the chair, and the two of us confronted the attacker.

"He had knives in both hands and, upon seeing me with the narwhal tusk, pointed at his midriff.

"He turned and spoke to me, then indicated he had an explosive device around his waist."

It turned out to be a dummy device, but those around him did not know that at the time.

Frost said the man next to him threw his chair at Khan, "who then started running towards him with knives raised above his head".

Frost passed the tusk over and went upstairs to get another one. When he returned, the first tusk was "shattered across the floor" and people were running outside.

"Along with others, I pursued the attacker, tusk in hand, on to the bridge," he recalled.

"We called out to warn the public of the danger and, after a struggle, managed to restrain him to the ground.

"At that point I was trying to isolate the blades by holding his wrists so that he could not hurt anyone or set off the device."

Police had arrived by then and moments later shot and killed Khan.

Frost said he had left out many details in respect for the victims, but was speaking out to urge people to unite against terrorism.

"I feel we all have a duty to challenge the spread of fear, hatred or intolerance within our communities," he said.