How Meghan Markle Responded to "You Are Fat" Comment

The Duchess of Sussex Meghan Markle had a strange experience recently but she took it sportingly and laughed it off. 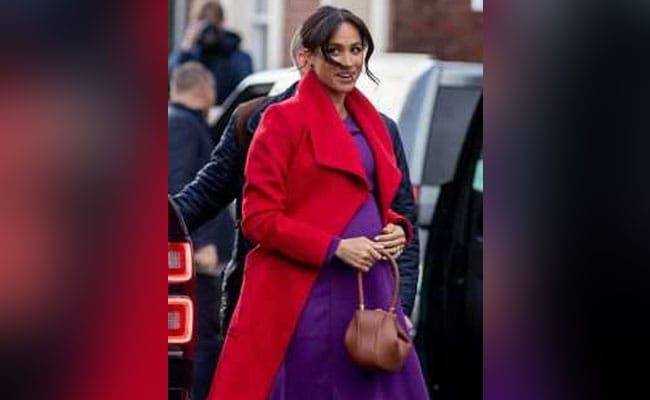 "You are a fat lady", one of the woman pointed to Meghan Markle recently.

Seems like even the Royals have awkward encounters. The Duchess of Sussex Meghan Markle, who is expecting her first child, was recently called a ''fat lady''. Her reply to the comment was quite sporty.

The Duchess of Sussex on Wednesday paid a visit to staff, volunteers and beneficiaries at one of her four new patronages, Mayhew, an animal welfare organisation that works towards improving the lives of dogs, cats and people locally and internationally, reported E! Online.

The royal wore a chic monochromatic look with a cashmere coat layered over a maternity beige knit dress coupled with nude heels and a beige tote.

She met the volunteers and those impacted by Mayhew's work. One bold compliment, however, caught her attention.

Today The Duchess of Sussex made her first visit to @TheMayhew since becoming Patron – Mayhew is a grassroots charity working in a unique way to improve the lives of animals and people to better communities both in London and internationally. Mayhew looks for innovative ways to reduce the number of animals in need through pro-active community and educational initiatives and preventative veterinary care. Among the people she met was Wully, a formerly homeless pet refuge service user, and his two dogs Azzy and Gallis – The Duchess found out about the different ways Mayhew's animal welfare officers have supported Wully and his pets over the past 11 years. Her Royal Highness also met Roobarb the dog, who is part of Mayhew's dog therapy programme TheraPaws, which puts smiles on the faces of vulnerable individuals. The Duchess met volunteers who dedicate their time to Mayhew community programmes, including the trap, neuter and return programme, which controls and cares for the feral cat communities in London. And Her Royal Highness was also able to meet the team behind Mayhew's international work, which includes an overseas vet training programme in countries like India and Afghanistan to help improve animal welfare.

A woman named McEachrom said, "What a lovely lady you are. May God bless you."

"And you're a fat lady!" she added, referring to the Duchess of Sussex's growing baby bump. To this Meghan Markle responded with a big laugh and said, "I'll take it!"

"Glad to see you so well. You'll soon be having a little baby boy!" McEachrom said.

"Oh, you think it's going to be a boy? It's a surprise. We don't know what we're having. I ask everyone what they think, and everyone has a very strong opinion about it," she replied.

During her visit, the Duchess of Sussex , an animal lover, saw a number of projects run by the charity to improve the lives of animals and people and to help communities in London and internationally. She also held one of the rescue's pups.

Before moving to London, Meghan Markle had two rescue pups at her home in Toronto. Harry and Meghan have now got their own dog together.

The royal couple, who got married on May 19 last year, are expecting their first child by the end of April or early May.