China's Most Powerful Weapon? Not Tariffs Or Riot Police, But Keyboards

A growing list of global brands have been forced to apologize in recent days after an army of Chinese internet users called them out for products and company websites that identified Hong Kong as a country, not as a city. 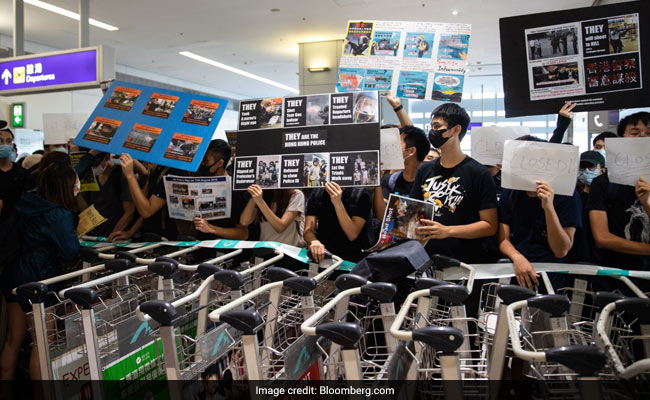 Demonstrators block entry to the departures hall during a protest at the Hong Kong International Airport.

As geopolitical storm clouds gather, China's most powerful weapon may not be tariffs or riot police, but ordinary consumers at their keyboards.

Beijing is increasingly finding itself under siege as President Donald Trump's trade war squeezes the world's second-largest economy and protests in Hong Kong call into question its hold over the territory. But as it has in the past, China is finding support from an increasingly nationalistic online community, who use the pitfalls of multinational companies to drive home their point.

A growing list of global brands, from Versace to Calvin Klein, have been forced to apologize in recent days after an army of Chinese internet users called them out for products and company websites that identified Hong Kong as a country, not as a city.

Chinese consumers have proved a potent force in pushing change on local issues such as tainted milk and substandard vaccines. But that same outrage can be just as powerful when applied to politics, with critical coverage in state-controlled media spurring internet users to call for boycotts on the country's social media platforms.

"There's a nationalist response on the internet that obviously the government stokes," said Andrew Polk, co-founder and partner of Beijing-based consultancy Trivium China. "It goes from official state media and then takes on a life of its own."

Global companies, which are increasingly counting on China's wealthy middle class and burgeoning consumer market for growth, have learnt the hard way that it pays to make amends -- and fast. Chinese buyers account for at least a third of current luxury sales and two-thirds of the industry's growth, according to estimates from consultancy Bain & Co.

Even companies that don't sell directly to consumers aren't immune from social-media outrage. 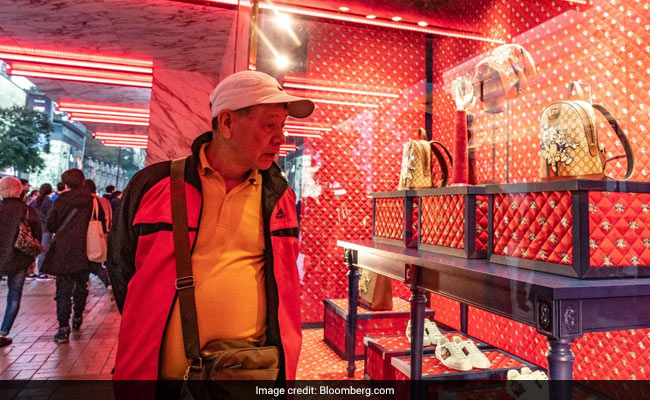 Chinese consumers have proved a potent force in pushing change on local issues.

PricewaterhouseCoopers LLC found itself a target after an online post, which appeared to be from the accounting firm, urged support for the protests. While PwC issued a statement calling the original post a fraud, it didn't mollify critics on Chinese social-media platforms, according to the Global Times, a state-run tabloid, which said the firm's response "sparked widespread dissatisfaction among the public" because it didn't strongly condemn the demonstrations.

Hong Kong may be the hot-button issue now, but there are plenty of other topics that can set off nationalist anger online. Chinese social-media users expressed indignation in June after an economist with UBS Group AG used the phrase "Chinese pig" in a report on the impact of the country's swine flu outbreak. The Swiss bank publicly apologized.

Coach, owned by New York-based Tapestry Inc., issued an apology Monday. So did LVMH-owned Givenchy. Both had been selling products that didn't list Hong Kong and Taiwan as parts of China.

This is just the latest wave of mea culpas from multinational businesses that have been accused of defying Beijing's "One China" policy. Companies from Marriott International Inc. to Qantas Airways Ltd. scrambled to fall in line with China's stance a year and a half ago. Chinese leaders at the time expressed alarm over "separatist" movements after Taiwan elected a president from a pro-independence party and anti-China activists secured seats on Hong Kong's legislature.

Those tensions are re-emerging, with the government viewing demonstrators as pawns of foreign powers out to undermine China's sovereignty. Foreign companies "shouldn't 'queue up' to cause trouble in questions related to Hong Kong, Macao and Taiwan," the Communist Party newspaper People's Daily said in an editorial published Monday.

So far, big U.S. brands have yet to see consumer outrage show up in boycotts and plummeting sales, which is what happened to South Korean companies including Hyundai Motor Co. and Lotte in China after bilateral tensions in 2017.

That may be in part due to the Chinese government's concern about scaring off foreign companies at a time when economic growth is slowing, Trivium China's Polk said. American consumer giants like Starbucks Corp. and Nike Inc. are still expanding in the country.

In most cases, the government is aware that the situation "can go too far and become a genie that's out of a bottle and can't be put back in," he said.