Dr Ray Emerson received a notification from his Apple Watch saying that it had noticed an irregular heartbeat, CBS Austin reported recently. 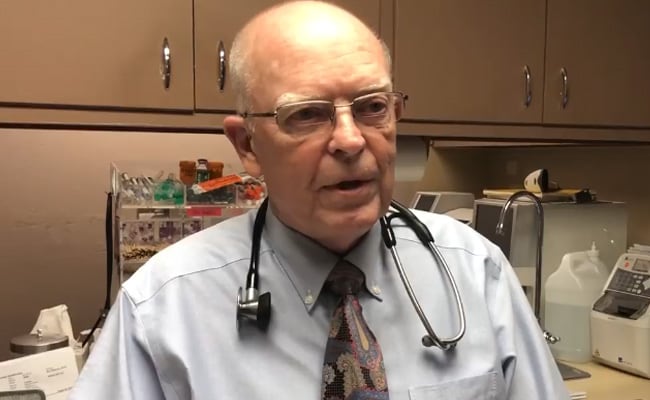 A 79-year-old veterinarian from Texas's Waco has credited the Apple Watch for saving his life after the device's heart rate monitor notified him of atrial fibrillation.

Dr Ray Emerson received a notification from his Apple Watch saying that it had noticed an irregular heartbeat, CBS Austin reported recently.

The notification of an irregular heart rhythm and potential atrial fibrillation is what prompted him to head to his doctor where he had an EKG and then had surgery at St. David's South Austin Medical Center to correct the irregular rhythm.

As per the report, Dr Emerson joked that he was "too cheap" to buy the watch for himself, but now he views his Apple Watch as priceless.

There have been several examples where Apple Watch saved lives.

A US doctor recently saved a person's life by using Apple Watch Series 4 on his wrist to detect atrial fibrillation (AFib) at a restaurant.

An Apple Watch user in the UK was recently alerted about his low heart rate by the device. It revealed a serious heart condition that ultimately resulted in a surgery to fix the problem.