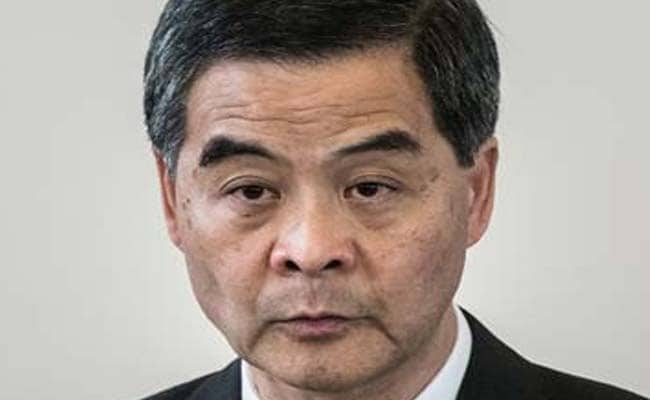 Hong Kong's leader said today that the city was prepared for a fresh flareup of pro-democracy street protests, while issuing a call to arms against opposition democratic lawmakers who have disrupted government policy-making in the legislature.

"Will 'Occupy' resurrect itself?," Leung asked investors and bankers at the Credit Suisse Asian Investment Conference. "The Hong Kong government as always maintains its preparedness but I can say that the public, if 'Occupy' happens again, will not be sympathetic."

Some activists have pledged to relaunch a second wave of civil disobedience protests this summer when the administration presents a proposal for how the next chief executive will be elected that is widely expected to mirror an earlier one by Beijing.

China wants candidates to be pre-screened by a small committee stacked with pro-Beijing loyalists, a model decried as fake "Chinese-style" democracy by the street activists.

China promised Hong Kong "universal suffrage" and wide-ranging freedoms under a so-called "one-country, two systems" model, when the former British colony was returned to China in 1997.

In an attempt to pressure the government over the proposal, democratic lawmakers have stalled funding for infrastructure projects and things like a new innovation and technology bureau.

"For those of you who are registered voters, vote them out next year ... Go to the polling stations and vote them out," Leung warned during the investor conference.

Over the past few week, activists have begun expanding their camp outside government headquarters, which had been the main site for the 'Occupy' movement before it was largely cleared away in December.

A "public library" for students has now been set up on a pavement with books, desks and chairs laid out in neat rows drawing growing crowds of students daily. More tents and protest art have also sprung up in the vicinity in recent weeks.

Some observers expect more young activists to re-join the cause during the summer vacation.