Lam Wing-kee fled to Taiwan in April after Hong Kong announced plans to allow extraditions to China, a move which sparked months of massive street protests in the financial hub. 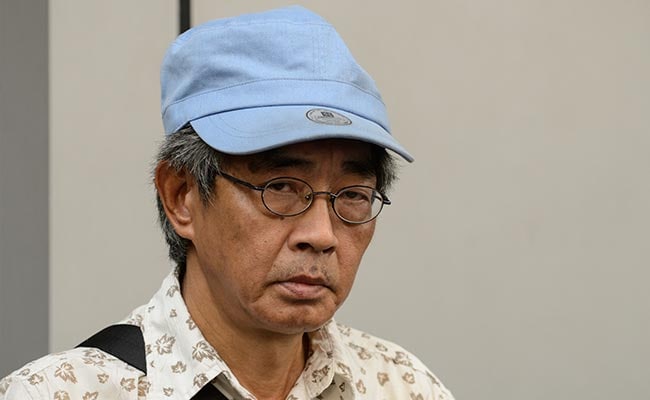 A Hong Kong bookseller who disappeared into Chinese custody for half a year raised nearly $100,000 in less than a day on Friday as he tries to open a new store in Taiwan.

Lam Wing-kee fled to Taiwan in April after Hong Kong announced plans to allow extraditions to China, a move which sparked months of massive street protests in the financial hub.

The 64-year-old was one of five publishers selling gossip-filled tomes on China's leaders who vanished at the end of 2015, resurfacing in mainland custody and making televised confessions.

Their disappearance -- and the abduction of a billionaire from a five-star hotel by suspected Chinese agents -- caused widespread alarm in Hong Kong.

"Many thanks for everyone's support... thank you for giving me more confidence to accomplish this," Lam said in a message on a Facebook page for his bookstore project.

He added that he aims to pick a location in six months and open his shop by mid-2020.

Lam was the man who blew the whistle on what happened to the missing booksellers.

He was allowed back to Hong Kong in June 2016 on condition that he pick up a hard drive listing the bookstore's customers and return to the mainland.

Instead he skipped bail and went public with explosive testimony detailing how he was blindfolded by mainland police after crossing the border at Shenzhen and spent months being interrogated.

Lam fled to Taiwan after Hong Kong's extradition bill was announced, saying he feared being sent to the mainland if the law passed.

Taiwan's history of providing sanctuary to Chinese dissidents has been mixed.

The island still does not recognise the legal concept of asylum but has, on occasion, allowed dissidents to stay on long-term visas.

Taiwan's President Tsai Ing-wen has pledged to provide assistance to Hong Kongers facing prosecution for involvement in anti-government protests who seek sanctuary on the island, sparking a rebuke from Beijing to "stop meddling" in the territory's affairs.

Ties with Beijing have soured since Tsai came to power in 2016 because her party refuses to recognise the idea that Taiwan is part of "one China".

The extradition protests have plunged Hong Kong into crisis and present a huge challenge to Beijing's authority.

On Wednesday, Hong Kong's pro-Beijing leader Carrie Lam suddenly announced she was scrapping the proposed extradition law after months of refusing to do so.

But the surprise decision to bow to one of protesters' key demands was condemned as too little, too late by activists who have vowed new rallies as they push for democratic reform and police accountability.

(Except for the headline, this story has not been edited by NDTV staff and is published from a syndicated feed.)
Comments
Hong Kong BooksellerLam Wing-kee