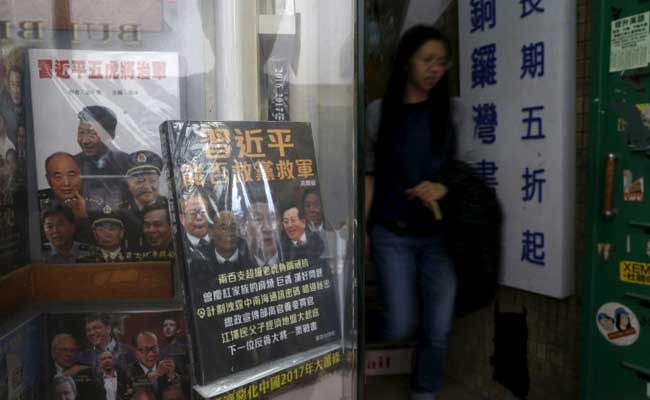 Hong Kong: A Hong Kong man linked to a bookshop that published books critical of China's leaders has returned to the financial hub after going missing more than six months ago, Hong Kong police said today.

Many people in free-wheeling Hong Kong and some foreign diplomats believe mainland agents illegally captured several of the men, sparking fears Chinese authorities were overriding a "one country, two systems" formula protecting Hong Kong's freedoms since its return to China from British rule in 1997.

Chinese authorities have declined to clarify key details of the disappearances but said law enforcement officials would never do anything illegal.

Lam Wing-kee was the fourth of the five to return to Hong Kong, and did so early today, city police said.

He had asked Hong Kong police to cancel his missing person case and said he did not need any assistance from the government, police said in a statement.

He "refused to disclose other details" regarding his absence from Hong Kong, the police said.

Only one of the five, Gui Minhai, remains in detention in China for "illegal trading" of banned books in mainland China.

Gui, a Swedish passport holder, disappeared in Thailand in October and was shown on Chinese state television in January saying he had voluntarily turned himself in to Chinese authorities.
© Thomson Reuters 2016