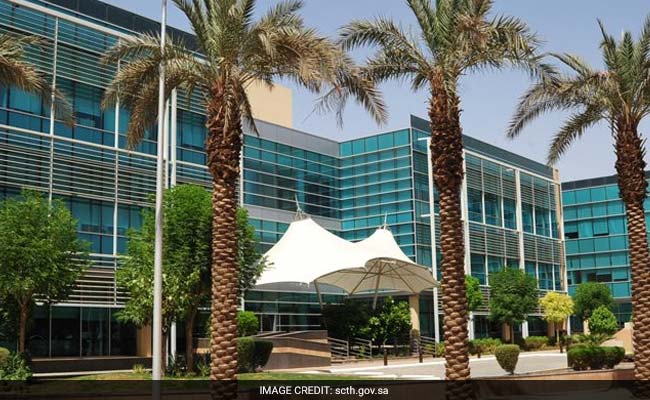 Saudi Arabia's attempts to increase tourism revenue are not new.

For most Western readers, a vacation may not be the first thing that comes to mind when they hear the words "Saudi Arabia." The Persian Gulf kingdom certainly doesn't exactly have the elements that most American or European holiday-makers would seek -- the country's harsh interpretation of Islamic law forbids alcohol and places considerable restrictions on women, for example.

Cancun, this is not.

And yet, Saudi royals are increasingly pinning their economic hopes on a tourist-friendly future. Last year one Saudi official described tourism as the country's "second most important economic sector."

And now with the country's new Vision 2030 plan -- a remarkably ambitious economic blueprint for shaking the country's "addiction" to the oil industry -- Saudi Arabia is putting its money where its mouth is, with plans to increase investment in the tourism sector by $8 billion to almost $46 billion in 2020.

The Vision 2030 plan calls for large coastal areas to be given over to tourism projects and for new investment in museums and historical sites to create attractions of the "highest international standards." In an interview with al-Arabiya television aired on Monday, Deputy Crown Prince Mohammed bin Salman, the 31-year-old son of King Salman leading the attempts to reinvent the Saudi economy, suggested that the country would move to "widely" open the door to tourists of all nationalities.

That's a crucial point. The Saudi kingdom is already the home of Mecca and Medina, two of the most important sites in the Islamic faith, and it has developed a sizable and growing industry for religious visitors. According to figures from the World Bank, the total number of tourist arrivals to Saudi Arabia topped 18 million in 2014, though the large majority of those visitors were said to be religious visitors or pilgrims.

Attempts to attract a wider variety of tourists have met with limited success, and outside Mecca and Medina, the country's tourism infrastructure remains weak. Tourism isn't so profitable: Pilgrims, understandably, aren't always the biggest spenders. Estimates suggest that only 2.5 percent of Saudi Arabia's gross domestic product is currently a direct product of travel and tourism, a paltry amount when compared to the oil and gas sector, which contributes around 50 percent. For comparison, travel and tourism directly account for 5 percent of Turkey's GDP, and in other countries it can go higher than 10 percent.

According to World Bank data, Saudi Arabia's tourism industry brought in less than $9.3 billion in 2014, which is less than smaller Persian Gulf states such as Qatar and the United Arab Emirates received from their own tourism industries that year. It is far behind the huge numbers seen in Western Europe and the Far East.

Saudi Arabia's attempts to increase tourism revenue are not new.

Toby Matthiesen, an expert on the country at the University of Oxford, noted that the idea has been mooted for years. "The realities of Saudi Arabia are, however, such that it is inconceivable that the kingdom can really become a tourist destination without fundamentally altering the religious and social policies in place," he explained.

In his interview with al-Arabiya, Prince Mohammed decried the country's lack of an Islamic Museum. "When a non-Muslim visits Saudi Arabia to get to know more about Islam, he or she would not find any center or museum to enrich his or her culture in Islam through the Kingdom of Saudi Arabia," he said. The young royal also pointed to the country's considerable non-Islamic history, which includes Christian and Jewish sites that could be developed to attract a wider range of tourists.

The tourism drive may not all be about money. Prince Sultan bin Salman, head of the Saudi Commission for Tourism and National Heritage and brother of Prince Mohammed, told The Associated Press this week that it was a chance to not only instill a sense of national pride among Saudi citizens but also to "show off" to foreigners about Saudi culture. At a time of intense pressure in Saudi Arabia from both regional Shiite rival Iran and extremists within the Sunni branch of Islam, tourism could serve a geopolitical purpose as well as an economic one.

However, as with many parts of Saudi Arabia's efforts to wean its economy off the ever-diminishing financial rush of oil, experts doubt that the ambitious plans for a Saudi tourism sector can really work.

The problem, of course, may well be the country's conservative religious establishment.

"To attract Western or Russian tourists, you need to provide alcohol and bikinis," said Bruce Riedel, a senior analyst at the Brookings Institution in Washington. "The Saudi clerics will never accept that, so the largest markets with the most money won't come."