US President Joe Biden has called Mr Putin a "war criminal" for plunging Ukraine into chaos and imposed stringent sanctions against Russia. 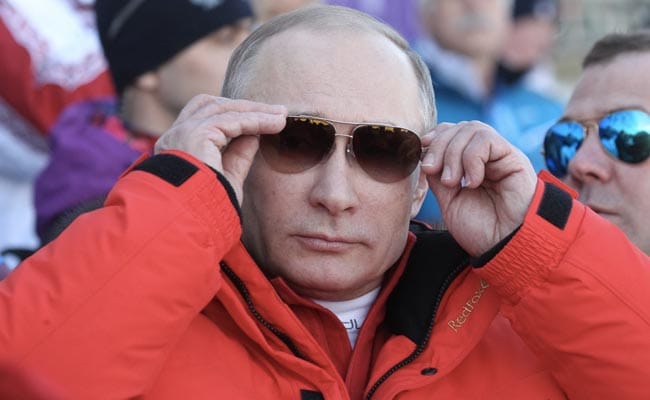 Russian leader Vladimir Putin has always stunned observers around the world by taking decisions, like annexing Crimea and bombing anti-government rebels in Syria. His every word, gesture and action is studied and based on that, experts have built a psychological profile of the leader. This time too, he made no secret of his determination to reassert Russian power and stop Ukraine from joining West-led North Atlantic Treaty Organisation or NATO. Claiming to “denazify” Ukraine, Putin launched the invasion on February 24.

He has been in power since the year 2000, becoming the longest serving leader of Russia since Soviet dictator Joseph Stalin, who died in 1953.

The Russian Parliament has passed a constitutional reform that will give Mr Putin the opportunity to stay in power beyond the end of his current fourth term in 2024.

The Russian leader is often compared with controversial figures like Saddam Hussein, Muamar Gadhafi and even Adolf Hitler - Ukrainians have posted memes linking Putin to the German dictator.

Experts say there is a reason for that. “I think he's pragmatic, he's ruthless. He has ambition,” Kenneth Dekleva, former US Department of State Regional Medical Officer, told CBS News.

“He wants to disrupt and rewrite the post-1991 Cold War order... his ruthlessness is not new. I'm sorry to say that... Putin abhors weakness. So I think we don't want to put him in a position of feeling weakened or beaten or humiliated because that that can lead to further problems down the road,” the psychiatrist added.

Mr Putin's critics say his world view has been shaped in the Soviet era. A former KGB spy, Mr Putin rose through the ranks rapidly in the chaos of the USSR's collapse. Through annexation of Crimea and attack on Ukraine, he wants to remake the Soviet Union, experts have claimed.

"He has a reptilian look, which is a key to the psychopathic profile," Javier Urra, a forensic psychologist and specialist, told Spanish daily Marca.

"It (Putin's personality) reminds you of a child who knows that he is not loved and that people fear him, hence why we also see all those images of him without a shirt or playing sport," he added.

Fiona Hill, a senior intelligence officer and policy advisor who most recently served in the Trump administration, said last month that Putin wants to be the person who, in his presidency, pulls Ukraine back into Russia's orbit. "And he could be president until 2036, in terms of what's possible for him,” Hill added.

Mr Putin had famously described the USSR's collapse as "the biggest geopolitical catastrophe of the 20th century". In a 2015 speech, he famously called Ukraine the "crown jewel of Russia", raising concerns among US intelligence agencies that he wants to annex the country.

Mr Putin was born in Soviet Leningrad in 1952 as the third and youngest child put of three. According to Jerusalem Post, Mr Putin's two brothers died as infant even before he was born. He committed some violent acts as a child, said the publication, adding that the aggression was later channeled into sport, by learning judo.

US President Joe Biden has called Mr Putin a "war criminal" for plunging Ukraine into chaos and imposed stringent sanctions against key Russian businessmen. Mr Putin was, however, spared.

He has so far resisted the pressure and not paid heed to the diplomatic efforts of the Western powers to end the war in Ukraine. The world is again watching his every move.