Here's What Will Happen if Iran Joins the WTO 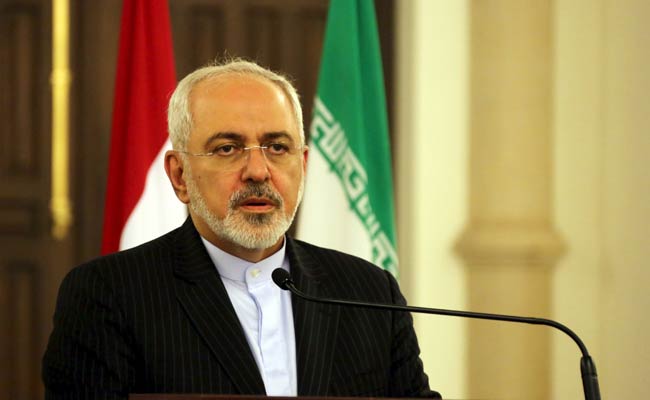 The World Trade Organization (WTO) is an international organization that governs trade among countries. While almost all countries are members, Iran has the largest economy of those that are not. Iran originally applied for WTO membership in 1996, but U.S. opposition prevented Iran from joining the institution.

Iran continued to seek admission, and in 2005, the United States allowed the process to move forward due to its desire to continue nuclear negotiations with Iran. Now that it has completed a nuclear deal with the international community, Iran is planning to join the WTO once sanctions are lifted.

- How would joining the WTO affect Iran?

WTO membership would require big changes, as Iran would need to cut tariffs and restructure its economy. However, Iran's government has stated that WTO membership is a priority, as it wants to diversify its economy to raise living standards and employment.

Joining the WTO would help it do so by lowering tariffs on many of its goods, which would allow exports such as textiles and manufactured goods to become more competitive on the global market. Additionally, it would facilitate the development of mechanical engineering, manufacturing, and other sectors, and could catalyze international investment in Iran's energy sector, which is in dire need of capital investment and modernization.

Expanded trade could also strengthen the middle class by creating jobs, and would likely catalyze Iran's membership in other trade agreements in order to reap additional economic benefits.

However, while membership could provide Iran with large economic gains, the transition may be rocky. In addition to potentially painful economic restructuring, Iran could be sued anytime after it joins. While some countries are not sued for many years after accession, others are sued shortly thereafter. This could present a problem, as Iran likely would have little resources with which to respond to such a suit.

- How will membership affect the United States' ability to restrict trade with Iran?

In general, the WTO does not allow its members to offer some trading partners better treatment than others. Therefore, once Iran joins the WTO, the United States will likely violate the WTO's rules if it restricts trade with Iran specifically. While it remains uncertain whether economic and financial sanctions would be technically permissible under the WTO's national security exception - which allows a member to take measures that it "considers necessary for the protection of its essential security interests"- these actions would clearly violate the spirit of the WTO and have therefore been rarely used.

- If the United States were to break the WTO's rules by restricting trade with Iran, what would happen?

- Does the United States have other options besides using trade to punish Iran?

Yes. In fact, the United States has switched to using other tools for coercive diplomacy to punish other recent WTO entrants.
For example, when China joined the WTO, Congress worried that it could no longer use its trade policies to maintain leverage over China regarding China's human rights performance. Congress therefore created the China Commission, which was specifically formed to monitor China's human rights practices and maintain pressure on it. Similarly, Congress passed measures designed to allow it to more effectively use visa restrictions and financial asset freezes to coerce Russia, and foreign aid to extract concessions from Vietnam, after these states joined the WTO.

Similarly, by allowing Iran to join the WTO, the United States would be left with a weakened ability to use trade to coerce Iran, and some evidence suggests that these alternative tools may be less effective levers of influence than trade. Yet it's important to recognize that the U.S. commitment not to use coercive trade policies against Iran - a commitment which would be enforced by the WTO - could allow the United States to benefit economically.

In addition, while the economic tailwinds provided by WTO membership could relieve some political pressure on Iran's existing leadership, increased interaction with the West could ultimately increase modernization and liberalization of Iranian politics.

In the absence of such a commitment, Iran might not trust the United States and other Western states enough to expand trade ties as much as it would otherwise. WTO membership would therefore represent a trade-off: the United States could increase its economic and political interactions with Iran, but would do so by laying aside a potentially powerful coercive tool.