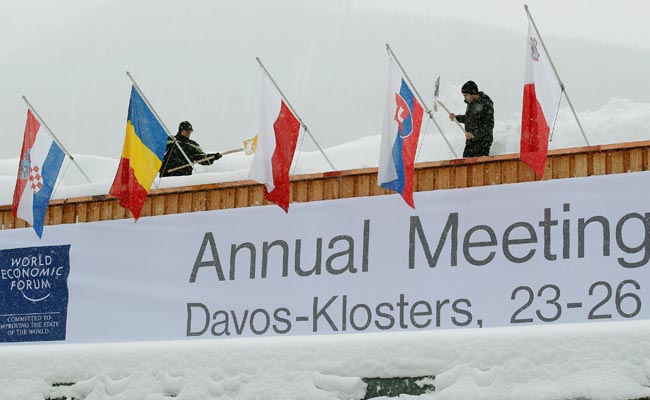 Davos witnessed heavy snowfall ahead of the World Economic Forum.

Davos: At least 20 people were evacuated late last night from the North of Davos due to an avalanche scare. It has been snowing incessantly in Davos for the past 48 hours. A further metre or so is expected to fall across some parts of the Alps on Monday, the weather office predicted.

NDTV spoke to a BBC journalist who was among those evacuated by security officials. The people were then taken to a hotel which is not near the alps where the fear of an avalanche is higher.

Promoted
Listen to the latest songs, only on JioSaavn.com
Many of those attending tweeted about the heavy snowfall.

I'm now experiencing a snow curfew in #Davos due to highest avalanche danger since 1999. Local authorities started to evacuate exposed houses and people are asked not to leave their homes from 8pm until tomorrow morning. #WEF18#Avalanche

So much snow en route to #Davos the train is down and there are avalanche warnings. 7 foot drifts roadside. pic.twitter.com/RyVcuW8bJw

It's official: @JanDahinten reports #Davos is witnessing the heaviest snowfall for this time of year in 51 years. Avalanche alert is at second-highest level.

"In the past 48 hours came more than 2 meters of snow and that's a big problem,'' said Mayor Tarzisius Caviezel

Ready To Even Talk To UK PM For Nawaz Sharif's Deportation: Imran Khan