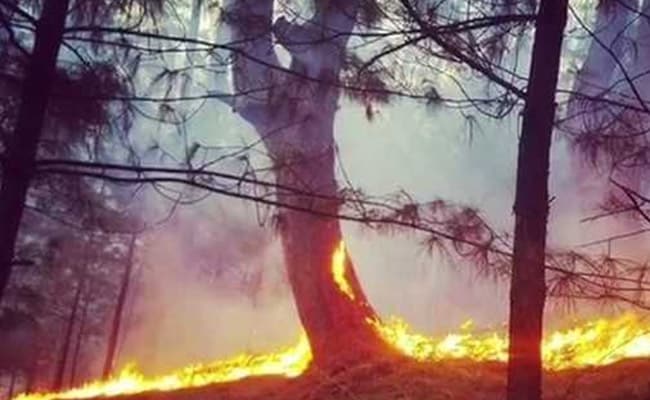 A heatwave scorched much of Europe on Friday, with near-record temperatures leading to firefighters battling forest blazes and authorities banning barbecues, however rain cooled some regions in the evening.

Here is a roundup:

A blame game broke out over wildfires that killed 82 people in Greece.

Others pointed the finger at the government over its poor fire prevention measures while Prime Minister Alexis Tsipras said he accepted "political responsibility" for the tragedy.

Firefighters were battling wildfires near Fichtenwalde, southwest of Berlin, and in northern Saxony-Anhalt.

Public broadcaster ARD posted a picture of a fire engine filling up with water from a swimming pool.

Officials in Hamburg cancelled the annual fireworks due to fears the dry ground could catch fire.

There was some relief from what British media dubbed Furnace Friday with a heavy downpour in London during the afternoon.

Earlier, meteorologists said the all-time British record of 38.5 C could be broken.

London fire brigade asked councils to ban barbecues in public parks after an increase in call-outs to fires.

High temperatures forced the famously conservative Marylebone Cricket Club into a rare concession: allowing members to attend a match without a jacket.

The country registered its hottest night on record from Thursday to Friday: 24.4 C.

Swedish authorities said 17 forest fires were still burning in the country after others were put out this week.

The country sweltered in its highest temperatures this year: 34.6 C in some southern regions.

Neighbouring Finland said it would send 35 firefighters to Sweden, joining teams from other EU countries.

Rain is forecast for the weekend, but citizens are still banned from lighting barbecues or fires.

Firefighters in Latvia said they had contained a 1,000-hectare peat bog wildfire in the west.

Latvia has declared a national disaster with a severe drought and temperatures of around 35 C.

Neighbouring Lithuania and Belarus are helping to fight the wildfire.

Swathes of France have also been sweltering under a heatwave, with temperatures as high as 37 C in Paris on Thursday.

A heavy downpour with hailstones cooled Paris down on Friday evening with storms forecast over the weekend in the north and west of the country, according to forecaster Meteo-France.

A heatwave has been declared in Belgium. Thursday was the hottest July 26 on record with a high of 34 C, said meteorologist David Dehenaw.

Swiss weather authorities issued a heatwave warning for the south of the country.