He Claimed to be Ex-CIA and Was Quoted as an Expert on Fox News. Prosecutors Say it Was a Lie. 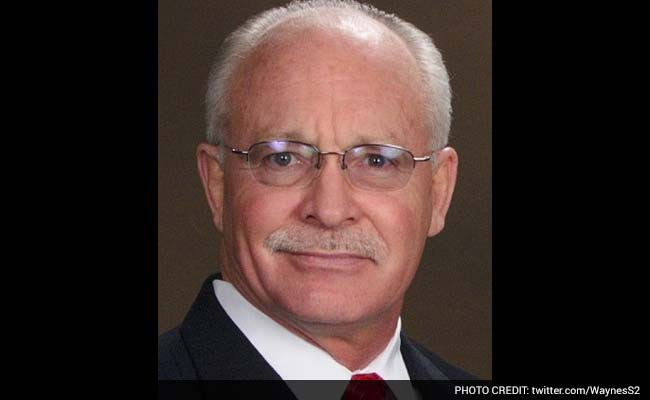 Wayne Simmons claimed to be something of an American James Bond, and if you watched TV or ran his name through Google, you'd have no reason to doubt him. In his public speaking engagements and frequent appearances on Fox News, the purported former CIA operative spoke authoritatively about terrorism and clandestine intelligence operations, which he claimed he helped run for nearly three decades.

"Nobody knew who I was," Simmons said at one event. "Nobody was allowed to know who I was."

But according to federal prosecutors, Simmons had not worked for the CIA for 27 years, and it was only by repeating falsehoods that he was able to briefly get actual security clearances and real government contracting work in more recent years.

On Thursday, federal authorities arrested Simmons and charged him with making false statements, major fraud against the United States and wire fraud.

Neighbors and others who knew him said they were shocked by the news - and still wondered whether their friend might have been telling the truth.

"I wouldn't doubt Wayne a bit," said David Zeyher, a neighbor and close friend of Simmons. "I think he has to sometimes conceal what his purposes are, what he's done."

In a brief appearance in federal District Court in Alexandria on Thursday, Simmons, dressed in jeans and a button-down shirt, sighed loudly when a magistrate judge ordered him jailed in advance of a detention hearing Friday and peered back toward the audience as U.S. marshals led him away. Simmons said little during the hearing, save for a brief discussion about who was representing him in the case. The judge twice warned him not to talk, noting that prosecutors could use any comments he made against him.

Assistant U.S. Attorney Paul Nathanson had asked the judge to detain Simmons, noting that investigators had recovered two guns when arresting him and that he had a previous federal conviction for being a felon in possession of a firearm.

A relative of Simmons declined to comment for this report, and others could not be reached. Jean-Jacques Cabou, a lawyer with the Perkins Coie firm who had represented Simmons previously but has not been retained in the new case, said, "This was unexpected, and under the circumstances, it just wouldn't be appropriate for me to comment."

Though Simmons was far from a household name, he seemed to carry a certain celebrity and mystique - at least online and on cable news. He boasted on his Web site that he was recruited from the Navy to be a part of the CIA's "outside paramilitary special operations group" and that he led "Deep Cover Intel Ops against some of the world's most dangerous Drug Cartels and arms smugglers from Central and South America and the Middle East."

A Navy spokesman said the Navy could find no record that Wayne Shelby Simmons had ever served in that branch of the military. A CIA spokesman declined to comment, other than to say the agency was working with the Justice Department.

According to neighbors, including Zeyher, Simmons, 62, has two adult children and lives on a large property in Annapolis where he cares for two dogs and two horses. His wife, neighbors said, died of cancer. Zeyher, 78, said Simmons would watch his house while he was traveling and come by if he needed help carrying heavy stuff around.

He said the two talked about Simmons's work - but only to a point.
"There was only so much he could tell me in the CIA," Zeyher said. "He was very closed-lip about what he did."

Zeyher said he still believes his friend and noted that a general came to the wedding when one of Simmons's children got married.

Simmons's boasts of his CIA connections won him frequent commenting gigs on Fox and in other places. He even wrote a novel called "The Natanz Directive," a thriller that he told Zeyher drew from his real experiences. On his Web site, Simmons claimed that former defense secretary Donald H. Rumsfeld had said of the book: "Wayne Simmons doesn't just write it. He's lived it, and that's why he and Mark Graham can tell this spy thriller in such an engrossing way."

A Rumsfeld representative could not immediately confirm or dispute the authenticity of the claim. Graham, the co-author of the book, declined to comment but said he had been interviewed by the FBI.

A spokesman for Fox News said Simmons was not paid by the network for his appearances. The spokesman did not respond to a question asking how Simmons's expertise was verified. Several years ago, Simmons met with a Washington Post reporter on at least two occasions to discuss his supposed CIA background and mission, though those conversations never produced a story.

The Post did note in 2008 that Simmons was the keynote speaker at a GOP fundraising dinner, referring to him as "a former CIA operative and frequent guest on Fox News."

When he talked on TV or at public functions, Simmons did not shy from delving into the details of international affairs or from offering strong, quotable, convincing opinions. Speaking to Neil Cavuto about the Bureau of Alcohol, Tobacco, Firearms and Explosives' botched "Fast and Furious" gun-tracking operation, Simmons said it was "one of the most egregious, incompetent" activities he had ever heard about, according to a transcript.

"And I can tell you I have personally been involved in these types of things," he added.

In a speech at an event involving the group Accuracy in Media, Simmons boasted of his 27 years "running nothing and doing nothing but special operations" to give credence to his views.

"I'm here today because I dealt in reality, and in fact, and a whole lot of luck," he said.

Retired Gen. Paul Vallely, who met Simmons through their appearances on Fox News years ago and served with him on a group called the Citizens' Commission on Benghazi, said Simmons came across to him as "very knowledgeable" and was able to talk "in depth about CIA operations, covert operations especially."

Vallely said he was eager to hear Simmons's side of the story. It could be "that he was on a contract, wasn't an employee of the CIA necessarily, but was on a highly sensitive, compartmented contract of the CIA," the former general said.

He said two people had approached him and authorities a few years back claiming Simmons was not who he purported to be.

"It's just a sad commentary," Vallely said. "He came off to me as a very honest, down-to-the-earth guy."

It's not clear precisely what prompted the criminal investigation or when it began, but the charges against Simmons are based largely on his allegedly lying on official government documents to help get contracting jobs and security clearances.

Prosecutors alleged in an indictment that Simmons was hired as the "Human Terrain System Team Leader" for an unnamed government contractor in 2008, and in that role, he trained at an Army facility. He won an interim security clearance for that job, prosecutors alleged, by "falsely stating that he had been recruited to the CIA in 1973, that he had not previously been charged with or convicted of a felony offense, that his prior arrests and criminal convictions were directly related to his supposed intelligence work for the CIA, and that he had held a top secret security clearance from 1973 to 2000."

A spokesman for BAE Systems, which appears to have won the contract of which Simmons was a part, confirmed he worked there from September 2008 to March 2009 but declined to comment further.

Simmons was hired a short time later by a different government subcontractor, prosecutors alleged, based on what they said were similar lies. In that role, they said, he was deployed overseas as an adviser to senior U.S. military personnel. Neighbors and Vallely said that at one point Simmons went to Afghanistan.

The indictment also charged Simmons in an apparent scam in which he convinced someone to make a $125,000 real estate investment with him, then used the money for personal expenses. Prosecutors alleged that Simmons "used his supposed affiliation with the CIA to bolster his credibility" with the person whose money he took.

Simmons's case would not be the first example of someone faking CIA connections for some kind of benefit. A former high-level official at the Environmental Protection Agency admitted in 2013 that he stole nearly $900,000 from the government by pretending to work for the CIA; he sometimes blamed his absences from work on supposed clandestine duties.