The settlement does not exempt Harvey Weinstein from the criminal proceedings brought against him for sexual assault, for which he will go on trial in September. 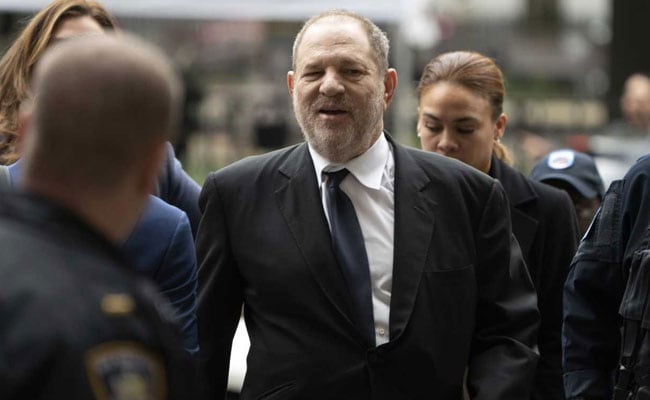 The deal aims to cover all civil proceedings filed against Harvey Weinstein. (File)

Hollywood producer Harvey Weinstein, an accused in rape and sexual assault cases, has reached a provisional $44 million settlement with alleged victims and creditors, the Wall Street Journal reported on Thursday.

The deal, which has not yet been signed, aims to cover all civil proceedings filed against the fallen Hollywood mogul, including those in Canada and the United Kingdom.

The settlement does not exempt Weinstein from the criminal proceedings brought against him for sexual assault, for which he will go on trial in September.

Weinstein -- a catalyst for the #MeToo anti-harassment movement -- has been charged over the alleged assaults of two women and faces life in prison if he is convicted at the trial, which could last five weeks.

In addition to the alleged victims and creditors, the settlement covers the proceedings started by former New York state attorney general Eric Schneiderman, who has been succeeded by Letitia James.

The proceedings aim specifically to guarantee the alleged victims will be compensated.

The settlement amount will be paid out by insurance agencies, the Journal reported, several of which count The Weinstein Company, the production company Weinstein co-founded, among their clients.

Since October 2017, Weinstein -- one of the most powerful men in Hollywood before a cascade of sexual misconduct allegations precipitated his downfall -- has been accused of sexual harassment and assault by more than 80 women.

Among his accusers are prominent actresses such as Ashley Judd, Angelina Jolie and Salma Hayek.