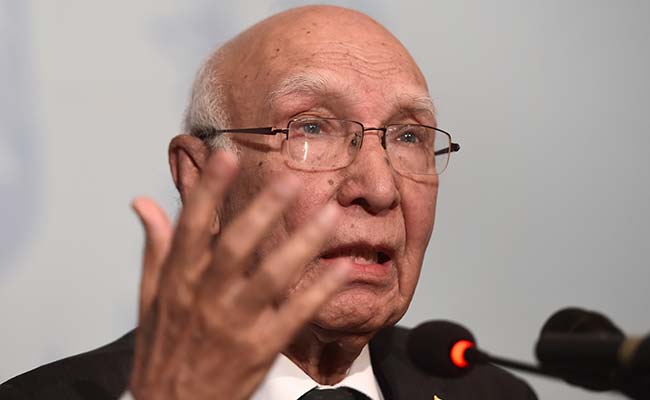 Islamabad: Pakistan today assured Germany that it had wiped out the Haqqani terror network from the country, a media report said.

German Foreign Minister Frank-Walter Steinmeier was given assurances by the Pakistan's National Security Advisor Sartaj Aziz that the ongoing military action in North Waziristan tribal region was against all terrorist organisations, including the Haqqani network.

"Haqqani network is no longer present in Pakistan, and they have shifted to Afghanistan after the recent military operations in the area," Dawn quoted Mr Aziz during a meeting with Mr Steinmeier.

"The infrastructure supporting Haqqani network in the tribal region has been dismantled," added Mr Aziz.

Mr Steinmeier was in Islamabad to discuss matters relating to bilateral and regional interest with particular focus on peace and stability in the region.

The German foreign minister expressed deep respect and gratitude for Pakistan's efforts in the fight against terrorism and encouraged the government to continue the close collaboration with Afghanistan.

"Pakistan and Afghanistan need to work together for peace and prosperity in the region," stated the German minister.

He, however, expressed concern over the military courts which have been established to try terror-related cases.