Group Names 40,000 Secret Police Under Stalin, Reviving Horror Of The Past 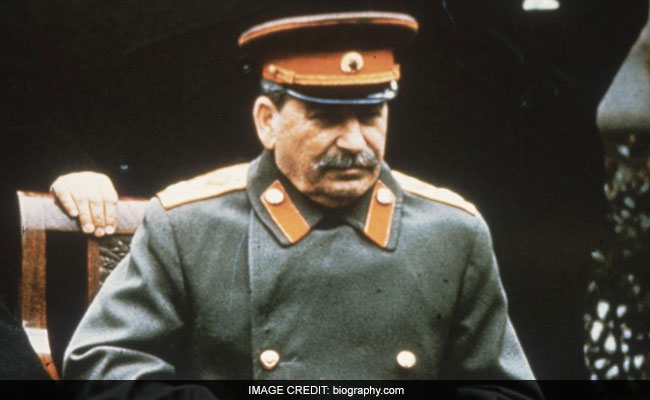 Joseph Stalin Former General Secretary of the Communist Party of the Soviet Union.

MOSCOW: A Russian human rights group has published a database containing personal information about nearly 40,000 members of the notorious security force that carried out Soviet dictator Joseph Stalin's purges, shedding light on an ugly stretch of history the Kremlin would prefer to remain hidden.

The archive, culled from the records of Stalin's security forces (the NKVD) and posted on the website of Memorial, the human rights group, for the first time names those who carried out some 700,000 executions from 1935 to 1939 during "The Great Terror." Russian President Vladimir Putin has in recent years revised Stalin's legacy, emphasizing the dictator's role in defeating Nazi Germany in World War II and turning the Soviet Union into a world power.

The details of the purges, in which Communist Party leaders and rank-and-file citizens were summarily tried and convicted, usually on trumped-up charges, have been erased from school textbooks and public discourse.

"Until now, if anyone mentions the victims, it's as though they were killed by a natural disaster like an earthquake or a tidal wave," Yan Rachinsky of Memorial told The Washington Post on Thursday. "They were victims of crimes and those crimes were committed by people."

The Kremlin had a much less enthusiastic response.

"I will leave this issue without comment. The issue is very sensitive," Putin's spokesman, Dmitry Peskov, was quoted as saying by the Interfax news agency.

Millions of people were imprisoned or killed during the three decades of Stalin's rule, but the totalitarian Soviet state kept the purges a secret even after his death in 1953. As the Soviet Union collapsed, Russians, many of whom were related to victims, took interest in the purges, and Memorial and other rights groups actively sought to identify victims.

But the full archives of the KGB and its predecessors were never made public, and the country never experienced a full repentance. Under Putin, a former KGB officer, Stalin has been all but rehabilitated as a great leader who merely made some mistakes, and Memorial has been designated a "foreign agent" according to a law intended to marginalize nongovernment organizations.

"Russia never had a proper de-Stalinization, and there is little awareness of The Great Terror in contemporary Russian society," said Tanya Lokshina, Russia program director for Human Rights Watch. "Memorial has been doing tremendously important work in identifying and commemorating thousands of victims and now naming their butchers. The latter is an inalienable part of doing justice to the victims' memory and of helping Russians come to terms with their history."

Until now, Russians who wanted to reconstruct the history of the victims faced an uphill battle to get their hands on records and difficulty in establishing the names on the documents to which they were given access.

Memorial's publication of the archive came just days after Denis Karagodin, a 34-year-old resident of the Siberian city of Tomsk, announced that he had tracked down the names of the men who helped kill his great-grandfather - a peasant who was executed in 1938 on charges of spying for Japan. It took five years, Karagodin told Radio Liberty, and required him to persuade security-services archivists to show him documents that helped him reconstruct the chain of events, from the officials who gave the orders to the gunmen who carried out the sentence.

"The historians and specialists I was able to reach couldn't believe that I'd managed to get this document," he told Radio Liberty. "Some were simply in shock that such documents still exist and that you can actually get them. It's possible that I might be the first person in Russia's history to be given such documents."

The archive, he said, "is a key that can and must be used to open the hidden secret of [NKVD agents]. It's too bad that I didn't have this database. It would've helped."

Karagodin said the granddaughter of one of the men who executed his great-grandfather, wrote him a letter, asking forgiveness, after reading his blog.

Rachinsky of Memorial said the archive, beyond helping people discover the fate of their relatives, sends a message to Russia's leaders.

"Our government doesn't like to acknowledge that the Soviet Union was a criminal state," he said. "The criminals' names are known; let the ones who carry out orders now know that their names, too, will be known."