Dimitris Lignadis, a renowned actor and director, faces accusations of serial rape and indecent assault, according to an arrest warrant. 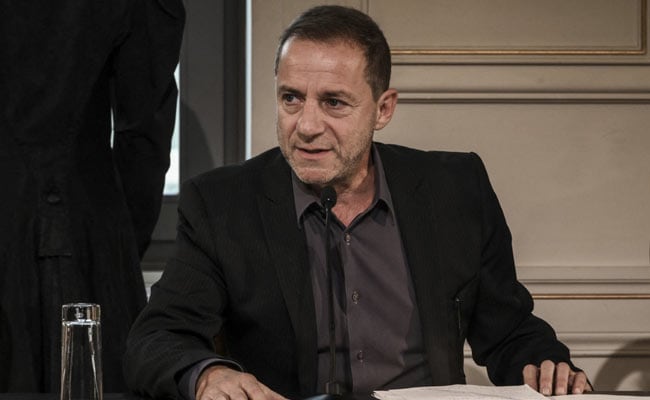 The former artistic director of Greece's national theatre was arrested on Saturday over allegations of rape against minors, amid a belated #MeToo awakening.

Dimitris Lignadis, a renowned actor and director, faces accusations of serial rape and indecent assault, according to an arrest warrant.

Lignadis, 56, resigned on February 6 citing a "toxic climate of rumours, innuendo and leaks". He is at the centre of numerous allegations of sexual abuse of minors, according to Greek media.

He was detained a day after Culture Minister Lina Mendoni said she had asked the supreme court prosecutor to look into rumours circulating about him and publicly described him as "a dangerous person".

"We strongly pressured Lignadis to say if he was the one named in the rumours... there was a steady denial that the rumours were about him," Mendoni said. He deceived us, he deceived me," she added.

Her comments angered Lignadis who shot back: "If I am a dangerous man in my personal life or in my work, I think we should wait for this to be decided by the history and by other institutions."

Lignadis' lawyer, Nikos Georgouleas, said on Saturday his client rejected all the accusations and that he was arrested after presenting himself to authorities.

A complaint was filed against Lignadis on Friday regarding the rape in 2010 of a 14-year old boy, according to ANA news agency.

The now 25-year-old plaintiff is the second person that has accused the director of rape, according to public ERT TV.

The prosecutor received another deposition late on Friday night, according to ANA.

This witness alleged that he was at the director's home with friends under 18, where the director was plying them with alcohol and drugs and asking them to have group sex.

The Lignadis case has sparked a war of words between the government and opposition parties that have called for Mendoni's resignation accusing her of foot dragging in the case.

The Syriza main opposition party leader, Alexis Tsipras, said on Friday that the Government attempted a "cover-up" adding that Prime Minister Kyriakos Mitsotakis was "a friend of Lignadis".

"It's truly obscene that Mr Tsipras tries to take advantage of all these shocking revelations, giving them a party-related tone," a statement issued by the Prime Minister's office said late on Friday. Mr Mitsotakis "knew Lignadis only for his theatrical performances which he attended", it added.

More than three years after the #MeToo movement surfaced in the United States, the code of silence in Greece was broken by a two-time Olympic sailing medallist, Sofia Bekatorou.

Bekatorou in December alleged she was 21 when she was subjected to "sexual harassment and abuse" by a senior federation member in his hotel room, shortly after trials for the 2000 Sydney Olympics.

Several other high-profile figures including actors and university professors have also been embroiled in accusations of bullying, harassment and abuse in recent weeks.

Giorgos Kimoulis, regarded as one of Greece's finest actors, has been removed from this year's Athens and Epidaurus Festival after a flurry of bullying claims from actresses.

And one of the country's top comedians, Petros Filippidis, has been removed from a popular state TV show after claims of lewd behaviour by actresses.

Under Greek law, however, few of the complaints can be prosecuted as they allegedly occurred too long ago.