With a doodle, Google celebrated the birth anniversary of Omar Khayyam, the first mathematician to give a general method for solving cubic equations. 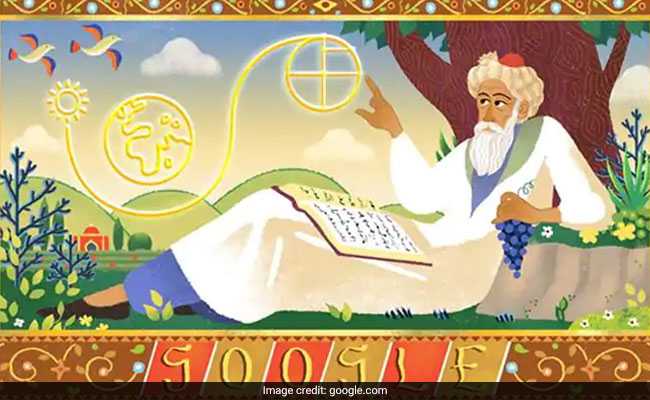 Today's Google Doodle celebrates the birth anniversary of Persian mathematician, astronomer and poet Omar Khayyam. The Iran-born mathematician was known for his work on the classification and solution of cubic equations.

Omar Khayyam was born in Nishapur in northeastern Iran into a family of tent-makers. But his talents were recognized early, and he was sent to study under an Imam who tutored children of the highest nobility. He entered the service of Sultan Malik-Shah at the age of 26.

He is known for his work on the theory of parallels and geometric algebra. He was the first mathematician to give a general method for solving cubic equations. His methods were sufficient to geometrically find all real roots of cubic equations.

He also wrote a treatise on extracting binomial theorem and the nth root of natural numbers, which is now lost.

This is the second time he has been honoured by a Google Doodle. Google also celebrated his birth anniversary with a doodle in 2012.