Moon landing anniversary: Apollo 11 had a gigantic team of 400,000 working on it. Among them, Neil Armstrong, Edwin "Buzz" Aldrin and Michael Collins were chosen to be the ones to carry the burden of all of mankind and venture into uncharted territory. 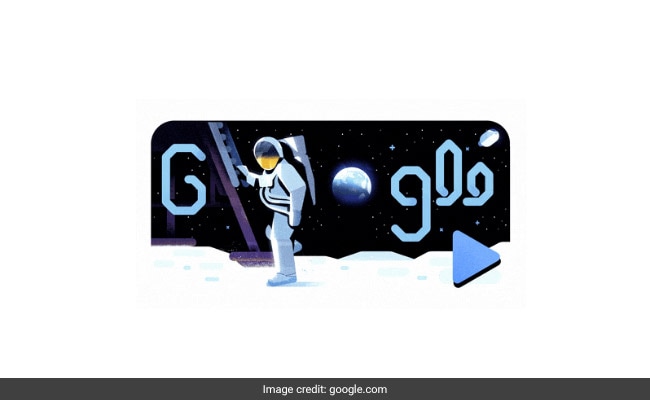 Fifty years ago, NASA's Apollo 11 mission marked mankind's journey to the moon. Google celebrates the 50th moon land anniversary, which led to the very first moon landing. Apollo 11 had a gigantic team of 400,000 working on it. Among them, Neil Armstrong, Edwin "Buzz" Aldrin and Michael Collins were chosen to be the ones to carry the burden of all of mankind and venture into uncharted territory. The excitement, fear, dread and challenges of what happened when the astronauts blasted off from Florida's Kennedy Space Center on July 16, 1969 on NASA's Saturn V rocket, is encapsulated in an astounding video animation in today's Google Doodle.

After the astronauts maintained an orbit around the moon, the lunar module known as "the Eagle", separated for a 13-minute journey to the moon's surface.

Two serious problems, which could have had disastrous consequences for the astronauts, were fortunately averted.

The first was that Neil Armstrong and Buzz Aldrin had lost radio contact with Earth, after the onboard computer showed unfamiliar error codes. The second problem was that fuel ran short. Both Neil Armstrong and Buzz Aldrin successfully steered the module to the 'Sea of Tranquility', a moon crater, on July 20, 1969, commencing the historic moon landing.

Neil Armstrong soon became the first man on earth to set foot on the moon, uttering the famous words, "That's one small step for [a] man, one giant leap for mankind."

The three astronauts returned to Earth on July 25, 1969 and have become historic figures, not just because of the moon landing, but also because of numerous scientific breakthroughs that their journey resulted in.

From freeze-dried food to CAT scans, these breakthroughs would not have been possible without the Apollo 11 mission.

Space exploration to this day owes a gigantic debt to Neil Armstrong, Edwin "Buzz" Aldrin, Michael Collins and the 400,000 who gave their blood, sweat and tears for ensuring NASA's Apollo 11 mission place in history.