Michiyo Tsujimura was born on this day in 1888 in Okegawa, Saitama Prefecture, Japan. She spent her early career teaching science. 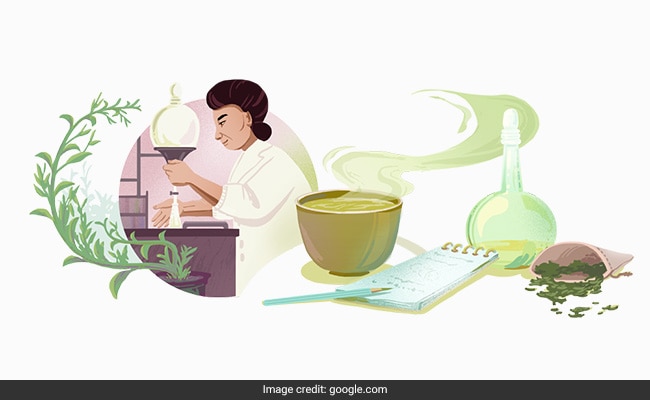 Michiyo Tsujimura was the first woman in Japan to receive a doctoral degree in agriculture.

Google today celebrated the 133rd birthday of Japanese educator and biochemist Michiyo Tsujimura with a doodle. Because of her groundbreaking research, science today has an answer to why green tea tastes so bitter when steeped for too long.

Born on this day in 1888 in Okegawa, Saitama Prefecture, Japan, Tsujimura spent her early career teaching science. In 1920, she chased her dream of becoming a scientific researcher at Hokkaido Imperial University where she began to analyze the nutritional properties of Japanese silkworms.

A few years later, Tsujimura transferred to Tokyo Imperial University and began researching the biochemistry of green tea alongside Dr Umetaro Suzuki, famed for his discovery of vitamin B1. Their joint research revealed that green tea contained significant amounts of vitamin C-the first of many yet unknown molecular compounds in green tea that awaited under the microscope. In 1929, she isolated catechin - a bitter ingredient of tea.

Then, the next year she isolated tannin, an even more bitter compound. These findings formed the foundation for her doctoral thesis, "On the Chemical Components of Green Tea" when she graduated as Japan's first woman doctor of agriculture in 1932.

Outside of her research, Dr. Tsujimura also made history as an educator when she became the first Dean of the Faculty of Home Economics at Tokyo Women's Higher Normal School in 1950. Today, a stone memorial in honor of Dr.Tsujimura's achievements can be found in her birthplace of Okegawa City.