World Wide Web Anniversary: Google is celebrating it with a doodle that is reminder of how things were like in its early years. 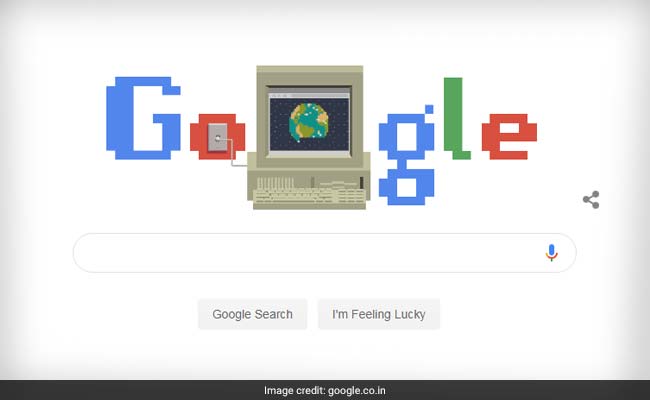 On the 30th anniversary of the birth of the World Wide Web, Google is celebrating it with a doodle that is reminder of how things were like in its early years.

On March 12, 1989 British physicist Tim Berners-Lee, working for Europe's physics lab CERN, proposed a decentralised system of information management. It signalled the birth of the World Wide Web that is now used by billions of people.

His proposal had system of hypertext links, the possibility of clicking key words on one page and being led directly to the page dedicated to them, thus connecting to other pages.

The Google Doodle illustrates this technology milestone with an animation showing block graphics that were common earlier. A globe in the center renders slowly on a desktop monitor to take us back to a slower download speed era.

"Not to be confused with the internet, which had been evolving since the 1960s, the World Wide Web is an online application built upon innovations like HTML language, URL "addresses," and hypertext transfer protocol, or HTTP", says Google in a blog post.

In a letter published on Monday, Berners-Lee hailed the opportunities the web had created, giving marginalised groups a voice and making daily life easier. But he warned, "it has also created opportunity for scammers, given a voice to those who spread hatred, and made all kinds of crimes easier to commit".