The photographer, whose own business slowed as weddings were cancelled and people practiced social distancing, has done 60 free shoots and plans another 100. 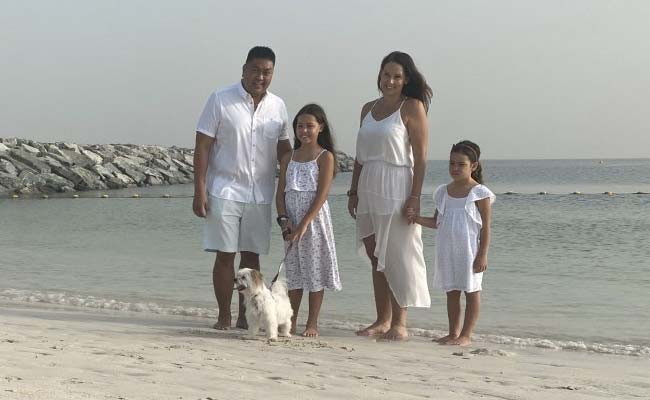 The photographer has done 60 free shoots and plans another 100.

Louisa Sumagui and her family wanted a final momento of their 12 years in Dubai before returning to Australia after losing jobs in the tourism industry due to the coronavirus pandemic.

The moment was captured for Sumagui, her husband and two children on a sun-drenched beach courtesy of photographer Paula Hainey, who is offering free photo sessions to some of the tens of thousands of expatriates leaving the United Arab Emirates.

"The majority of the families I have been photographing are senior staff that have been fired. They have lived in Dubai for 15-20 years, its their life, and they are being sent home. But here is home," Hainey told Reuters.

The photographer, whose own business slowed as weddings were cancelled and people practiced social distancing, has done 60 free shoots and plans another 100.

Paula Hainey, a photographer gives a free family photo session at a beach to a family leaving Dubai for Egypt, in Dubai.

Expats make up the majority of the population of the UAE, which includes Dubai emirate. Residency is tied to employment and the Gulf Arab state does not offer citizenship routes to non-nationals.

A regional tourism and business hub, Dubai has been hit hard by the pandemic though authorities recently lifted a curfew and have removed most restrictions, including allowing foreign visitors to enter the emirate from July 7.

But many expatriates have no option but to leave after job losses, and for some the future is uncertain.

Muhammad, a pilot with a UAE airline, is returning to Egypt with his American wife, toddler and 3-month old son, after being made redundant. 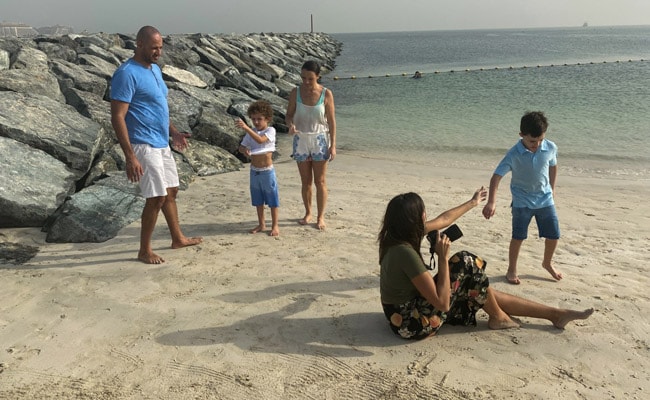 Photographer gives a free family photo session at a beach to Muhammad Shehata and his family as they will be leaving Dubai.

Fellow Egyptian Muhammad Shehata and his South African wife have not yet decided where they will go after four years in Dubai. His attempt to start a business was hit by the pandemic.

"Now I don't have the opportunity to be here, unfortunately, but I think we will probably be back one day."