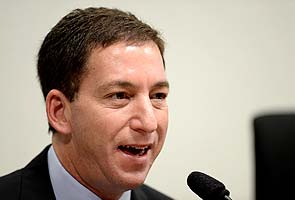 Washington: Glenn Greenwald, the Guardian reporter who broke many of the stories about secret US surveillance programs, said on Tuesday he is leaving the British daily for an unspecified "dream" project.

Greenwald, an American who lives in Brazil, declined to offer details of his plans, saying they were leaked prematurely.

"My partnership with the Guardian has been extremely fruitful and fulfilling: I have high regard for the editors and journalists with whom I worked and am incredibly proud of what we achieved," Greenwald said in a statement emailed to BuzzFeed, the online news site.

"The decision to leave was not an easy one, but I was presented with a once-in-a-career dream journalistic opportunity that no journalist could possibly decline."

Greenwald's plans appeared to have been first leaked by BuzzFeed.

"My role, aside from reporting and writing for it, is to create the entire journalism unit from the ground up by recruiting the journalists and editors who share the same journalistic ethos and shaping the whole thing -- but especially the political journalism part -- in the image of the journalism I respect most," he was quoted as saying.

BuzzFeed said Greenwald will continue to live in Rio de Janeiro and would bring some staff to Brazil but the new organization's main hubs will be New York, Washington and San Francisco.

BuzzFeed quoted Greenwald as saying the venture will be a large-scale, broadly focused media outlet.

"It's going to have sports and entertainment and features. I'm working on the whole thing but the political journalism unit is my focus," he said.

In his statement, Greenwald said, "Because this news leaked before we were prepared to announce it, I'm not yet able to provide any details of this momentous new venture, but it will be unveiled very shortly."

The Washington Post reported that Greenwald's venture is being backed by eBay founder and philanthropist Pierre Omidyar but gave few other details on it. The daily quoted a person familiar with the venture.

Greenwald, a lawyer by training, worked with former National Security Agency contractor Edward Snowden on a series of reports based on documents revealing a vast electronic surveillance program by the United States, in cooperation with Britain.

The Post has also published numerous stories based on documents provided by Snowden.

The paper said the new venture has also sought to hire Laura Poitras, a documentary filmmaker who was key in linking Snowden to Greenwald and national security writer Barton Gellman of the Post.

The Guardian's Jennifer Lindauer said in a statement accompanying Greenwald's that he "is a remarkable journalist and it has been fantastic working with him."

Promoted
Listen to the latest songs, only on JioSaavn.com
"Our work together over the last year has demonstrated the crucial role that responsible investigative journalism can play in holding those in power to account," she said.

"We are of course disappointed by Glenn's decision to move on, but can appreciate the attraction of the new role he has been offered. We wish him all the best."