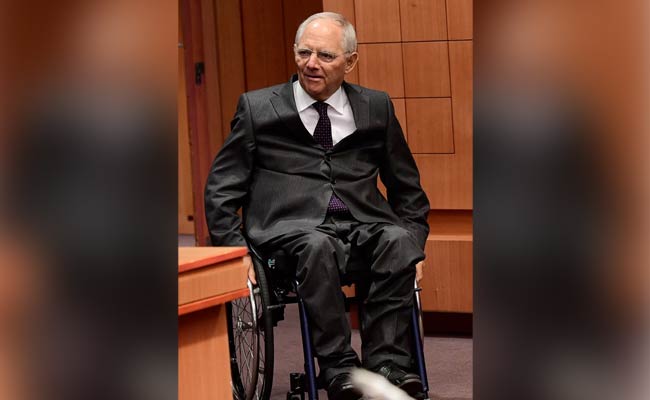 Brussels, Belgium: German Finance Minister Wolfgang Schaeuble, one of Europe's most powerful officials, on Monday said he feared a messy stalemate in the US presidential election.

Schaeuble's comments come amid repeated warnings by Republican contender Donald Trump that a victory by Democrat Hillary Clinton would be rigged, illegitimate and only due to the backing of a liberal media establishment.

"(We) hope that it will be an election result which is accepted by everyone and that we do not possibly get a delayed stalemate," Schaeuble said as he arrived for talks with this eurozone counterparts in Brussels.

"(Let us) believe in the rationality of democracy," Schaeuble added when asked if he was expecting turmoil in the markets after Tuesday's election.

The final result of the US election in 2000 was delayed for more than a month, spooking financial markets, as candidates George W. Bush and Al Gore battled it out in court after a tight result in Florida.

About the markets, Schaeuble added: "I suppose that the financial markets have already priced in every conceivable election result in the United States."

"But let's wait and see what the Americans are going to vote for," he added.

Promoted
Listen to the latest songs, only on JioSaavn.com
As Schaeuble spoke on Monday US stocks snapped a nine-day losing streak, joining a global rally after the FBI lifted the threat that Clinton could face criminal charges over her emails.

Stocks tumbled for days as the unpredictable Donald Trump gained ground on Hillary Clinton, the preferred choice of markets.